The 25th Upper House Election was held in Japan on July 21, 2019 and three new candidates with disabilities/diseases won seats. They are Mr. Takanori Yokosawa (unified opposition candidate in Iwate Prefecture), who has a spinal cord injury and participated in the Vancouver Paralympics’s chair ski event in 2010; Ms. Eiko Kimura (new Reiwa Shinsengumi party), who has cerebral palsy and is the secretary general of the Independence Station Tsubasa; and Mr. Yasuhiko Funago (new Reiwa Shinsengumi party), who has amyotrophic lateral sclerosis (ALS) and is the executive vice-president of Earth Co., Ltd., a nursing business (*1). Some parts of the Diet building are in the process of being renovated in order to accommodate Ms. Kimura and Mr. Funago. 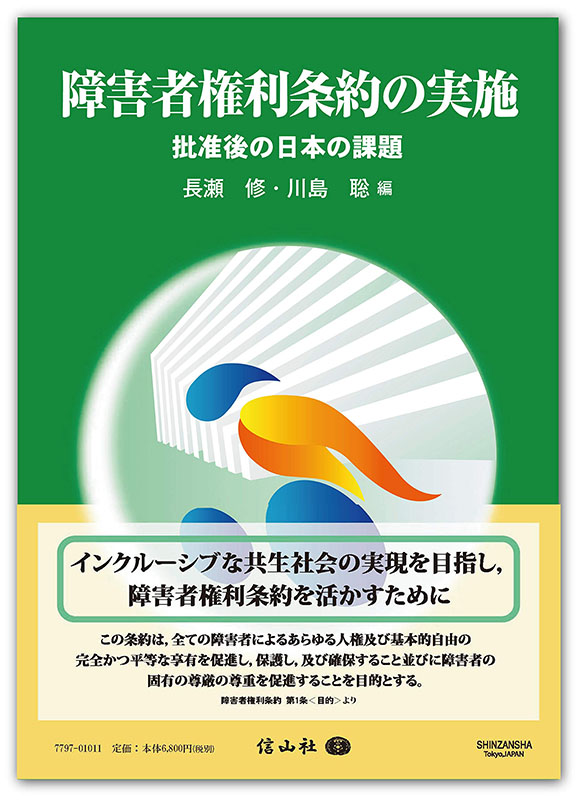 The result of this election reminds me of ex-Diet members with disabilities/diseases who have contributed to the establishment of the law or system relating to disabilities and diseases. Here, let me focus on three ex-Diet members—Mr. Eita Yashiro, Mr. Satoru Ienishi, and Mr. Takashi Yamamoto.

Mr. Yashiro was once active as an MC on TV. However, his fall from a stage made him a person with a spinal cord injury. He won a seat as an independent candidate in the Upper House Election by taking advantage of his name recognition. Then he affiliated with the Liberal Democratic Party and served both as an Upper House member and Lower House member from 1977 through 2005. At first, the Diet building, including its splendid carpet, prevented him from using a wheelchair. He negotiated with the bureau of the Upper House and also sought understanding about the promotion of a barrier-free environment from other Diet members, which changed Diet members’ awareness little by little (*2). As a result, the Heart Building Law, which is the basis for the current Barrier-free Act, was enacted in June 1994. At that time, the Upper House also had Mr. Toshikazu Hori (Japan Socialist Party), who is a person with visual disabilities and served as a lecturer at a training session for Braille in Ota Ward etc.

In December 2005, Mr. Yamamoto was elected as a candidate of the Democratic Party of Japan in the proportional representation system. However, a health checkup made him realize that he had a thymic cancer. In May 2006, the bill regarding the Cancer Control Act was being deliberated in the Diet. He made public about his cancer in the plenary session of the Upper House and strongly requested the early enactment of the bill. As a result, the bill became law in June 2006. 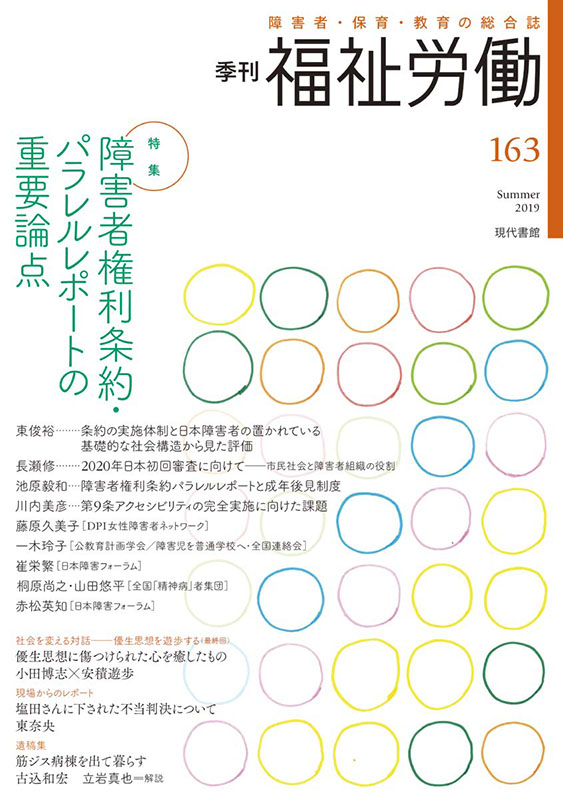 Now, let me focus on Ms. Kimura and Mr. Funago again. On July 26, 2019, they held a press interview at the Upper House Diet members’ Building. Currently, if a person with severe disabilities goes out for economic activities, including activities as a Diet member, he or she cannot receive publicly-funded care services for persons with severe disabilities. Therefore, they expressed their opposition against the current system, and requested the reply from the Ministry of Health, Labour, and Welfare and the bureau of the Upper House by August 1, 2019, which is the starting day as their Diet members. (*3)

It is significantly meaningful that persons with disabilities/diseases/various difficulties become Diet members. The reason is that the government must fulfill its responsibility for explaining and responding to them, who is the representative of the citizens. And Diet members can strongly protest against the government’s ambiguous responses, because the citizens who voted for the members empower them as their supporters. Activities by persons with disabilities/diseases as Diet members have changed the consciousness of other Diet members little by little, which led to the establishment of the law and system relating to disabilities and diseases. And now the publicly-funded care services for persons with severe disabilities need to be discussed.

*1: Mauril Bélanger, a politician of the Liberal Party of Canada, who had ALS during his term has caught attention. It is possible to see his twitter account and the posts and videos in the account shows that he has been respected by many lawmakers.
https://twitter.com/Mauril_Belanger