Home» Research Highlights » Self-Advocacy of People with Intellectual Disabilities in Taiwan: Collaboration with Japan and Challenges over Easy-Read Information

Self-Advocacy of People with Intellectual Disabilities in Taiwan: Collaboration with Japan and Challenges over Easy-Read Information 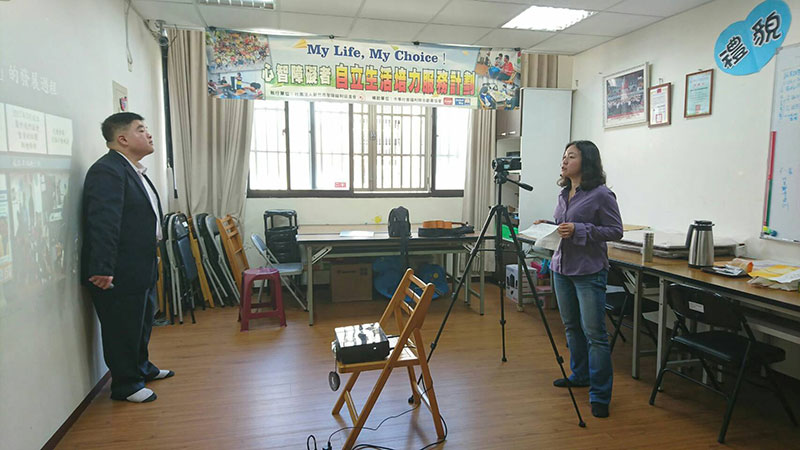 In January 2019, during my short break between my research investigations, I, as a supporter and interpreter, recorded Mr. Cheng’s video presentation in cooperation with him as well as a supporter of the local parents’ association. In his presentation, he focused on Sagamihara stabbings which occurred in July 2016. Satoshi Uematsu was arrested and he told investigators that he believed that people with disabilities should disappear. Mr. Cheng responded to this remark by saying that it was discrimination and he hoped that people with disabilities could have independent living in the local community as others did*3. At that time this incident was highly publicized in Taiwan, too. However, supporters said that they were not sure how they should talk about the incident with persons with intellectual disabilities.

On the day of the convention I went to the venue to run a videotape of Mr. Cheng’s presentation. In the beginning of his presentation, he extended his greeting and introduced himself in Japanese he had practiced many times in advance. Participants of the convention were surprised that he spoke in Japanese or told each other that he should resemble someone. After talking about the local/national activities by persons with intellectual disabilities, he posed three questions. One of the questions focused on what you were doing in order not to be discriminated. To my surprise, it seemed that participants of persons with intellectual disabilities in at the convention did not know what discrimination meant. I wondered they had never been discriminated before. The host, who was a person with intellectual disabilities, provided participants with some examples including rejection of boarding by bus drivers or that they were stared at by someone when they went out. However, many of them did not regard such experiences as discrimination. 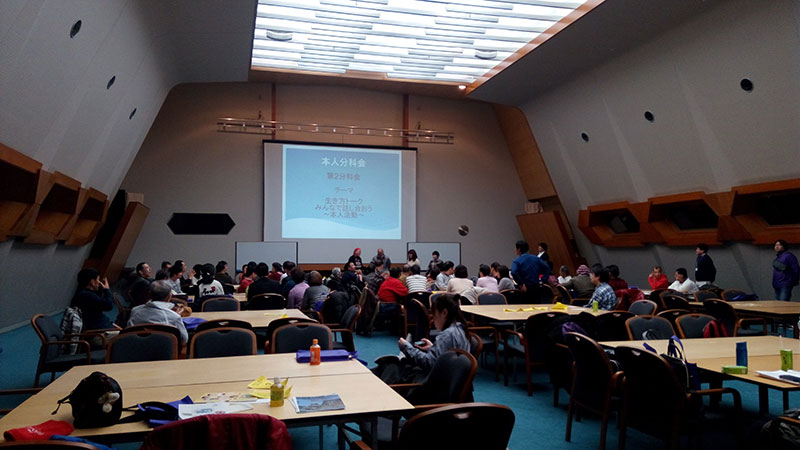 Comprehending words is a starting point of self-advocacy to convey your intention to others. For example, if persons with intellectual disabilities do not comprehend a word “discrimination,” they cannot convey their experiences to their surroundings and society. Self-advocacy is an important method and process which promotes a realization of independent living and social participation of persons with intellectual disabilities while they comprehend what happens in their daily living. However, most of persons with intellectual disabilities have few opportunities to recognize what happens in their daily living as discrimination. In order for them to have an independent living, it is necessary to address issues regarding the protection after they grow up and lack of information which should be comprehended by them for their social participation. I have recognized such issues through the collaboration activities between Japan and Taiwan.

1．As Taiwan has been regarded as having an ambiguous political position in the international society, it has affected activities of private organizations. When PAPID applied for membership of Inclusion International, China prevented it. However, as exclusion was against the International Inclusion’s ideal of inclusion, PAPID was admitted not as its full member but as its affiliate member. At that time, the name of Taiwan was used in its World Congress. In recent years, however, PAPID has been attached to China in Inclusion International.

2．Although there was a plan in which persons with intellectual disabilities in Taiwan would talk about their activities and self-advocacy to deepen the relationship between Taiwan and Japan in 2016 through a mediation of Prof. Osamu Nagase, who was a council member in the Asia-Pacific region of Inclusion International at that time, it went unrealized due to its budget constraints.

3．Regarding Mr. Cheng’s remarks to Sagamihara stabbings, please refer to the following.
https://www.papmh.org.tw/news/76