“Qi” and “Cure” in a Field of Qigong: Qigong Practice at Shanghai Qigong Research Institute 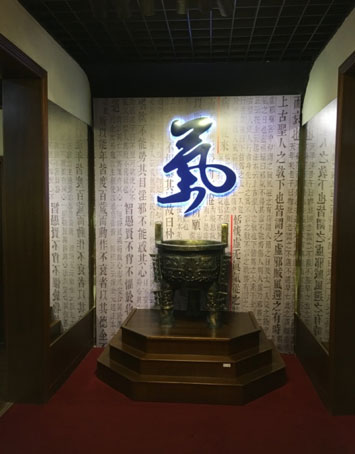 My research focuses on qigong. Qigong is a therapy, regimen, and/or body techniques which was developed in China. The number of people who practice qigong in China increased from approximately sixty million to two hundred million between 1980s and 1990s. Consequently, qigong expanded into the world as China’s unique way of maintaining health. Although the “qigong boom” ended due to Falun Gong Incident in 1999, qigong, which is currently institutionalized, is showing signs of revival as part of traditional Chinese medicine. When people practice qigong, the concept of qi plays very significant roles both in theory and practice. Many research has been implemented by scientists in the world regarding materiality and therapeutic effect of qi, and hypotheses were presented that qi was physical phenomenon including infrared rays and electromagnetic waves. However, the conclusion of the hypotheses remains at such level that qi is “unknown energy” or “suggestive effect.” Also some research has been implemented regarding philosophical meaning of qi or cure by qi in the classical context. My research focuses on “practicing body” and I conducted a survey in a field of qigong in China for approximately three months (from July to October in 2019) in order to clarify the process of how people feel qi or cure by qigong with their body. 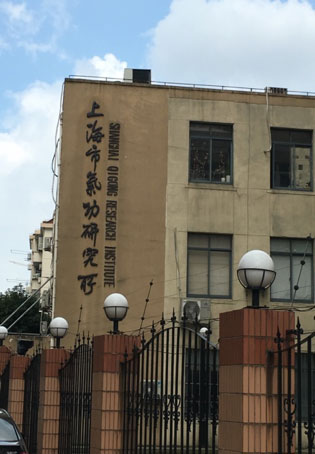 This time my research focused on qigong classes at Shanghai Qigong Research Institute. Shanghai Qigong Research Institute, which was established in 1985, is the largest qigong research institute in China. It has laboratory offices, laboratories, libraries, exhibition hall for the history of qigong, and outpatient department. Many qigong professionals, researchers, and doctors at the Institute provide fee-free open lectures for the general public on a regular basis to expand knowledge about qigong. Researchers attract students from all over China to qigong classes to teach them qigong. There are also some part-time international researchers who work at the Institute and they provide classes for foreigners living in Shanghai.

Through the cooperation of researcher S at the institute, I served as an assistant in some qigong classes to interview teachers and students. In addition, I also interviewed both the director and deputy-director at the institute in order to understand the current situation of qigong in China. Furthermore, I also stayed at Hebei Medical Qigong Hospital for a brief period to examine the aspect of cure by qigong. Hebei Medical Qigong Hospital is the only qigong hospital in China and the birthplace of qigong therapy. I interviewed the deputy director and patients at the hospital to ask about the qigong therapy and its effects.

During the interview, I focused on practitioners’ body experiences. According to them, although qi is considered as something which cannot be seen and is unrealistic, it is a process which is established by body feeling and emotional changes which arise from specific movement of body and mind. “Meridian” and “acupuncture point,” which are a route/gateway of qi are considered to be stored as realistic knowledge through interaction between special feeling which arises from qigong and imagination, and thus become the foundation which feels qi. Qi is not something which can be constantly felt in our daily life. However, it has been found that by deepening interaction between feeling which can be obtained through practices of qigong, imagination, and memories, feeling toward qi changes both quantitatively and qualitatively. 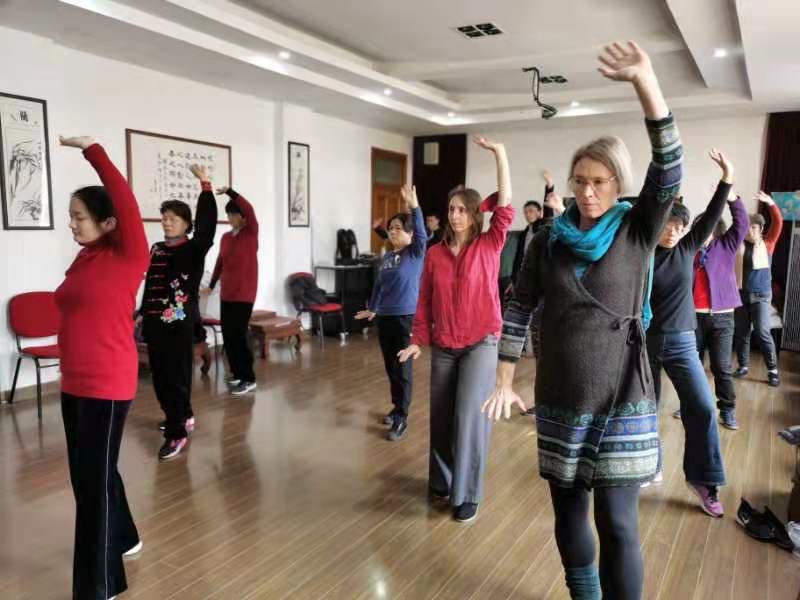