Nurses who provides ongoing support for persons with severe disabilities 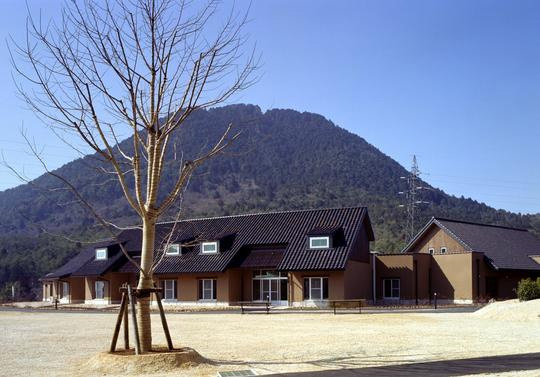 Providing nursing care for persons with SMID in daily life is to support their living in collaboration with welfare staff. First and second generation nurses, who obtained employment at such facilities until 1980s, regarded this as delightful. On the other hand, third generation nurses, who have received education which focused on specialization of medical care, have felt fluctuation of their professional identity. However, with authorization and support from their senior staff and bosses, they accepted such nursing care in daily life as it was. This is the redefinition of nursing and nurses who have kept working for such facilities have experienced the redefinition of nursing at a certain point of their career. 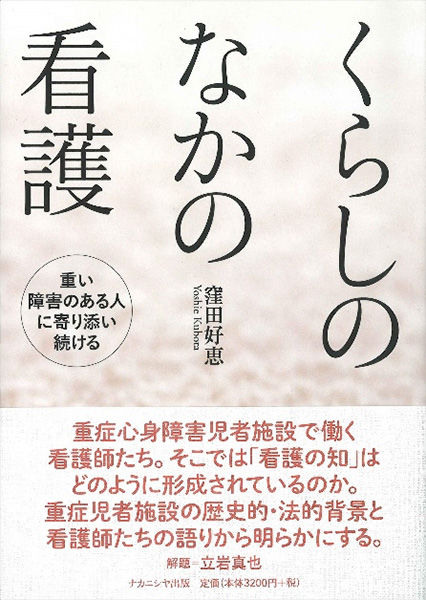 When we look back at the history of facilities for persons with SMID, there have been both contradictions that facilities have been considered as hospitals and issues regarding the pros and cons that persons with SMID enter such facilities. However, many lives of persons with SMID, who were once considered not to be able to live until 20 years old, have been saved and many initiatives have been implemented to provide them with the same experiences as able-bodied persons. Persons who entered such facilities in 1960s have become older and older and their degrees of disabilities have become more and more severe. With the increasing number of children who are born prematurely, and severe motor and intellectual disabilities and medical care dependent groups (SMID-MCDG) who always require artificial ventilators and sputum suction, the necessity of providing medical and/or nursing care in a community has increased recently. It depends on professional staff regarding how persons with SMID can live. The way of support through multiple collaboration, which has been developed in the long history of facilities for persons with SMID, is considered to provide a clue that persons live in places where they would like to live in the future society. My current research challenge is how I can utilize it to community support.