Home» Research Highlights » History of Stuttering at School in Japan

History of Stuttering at School in Japan 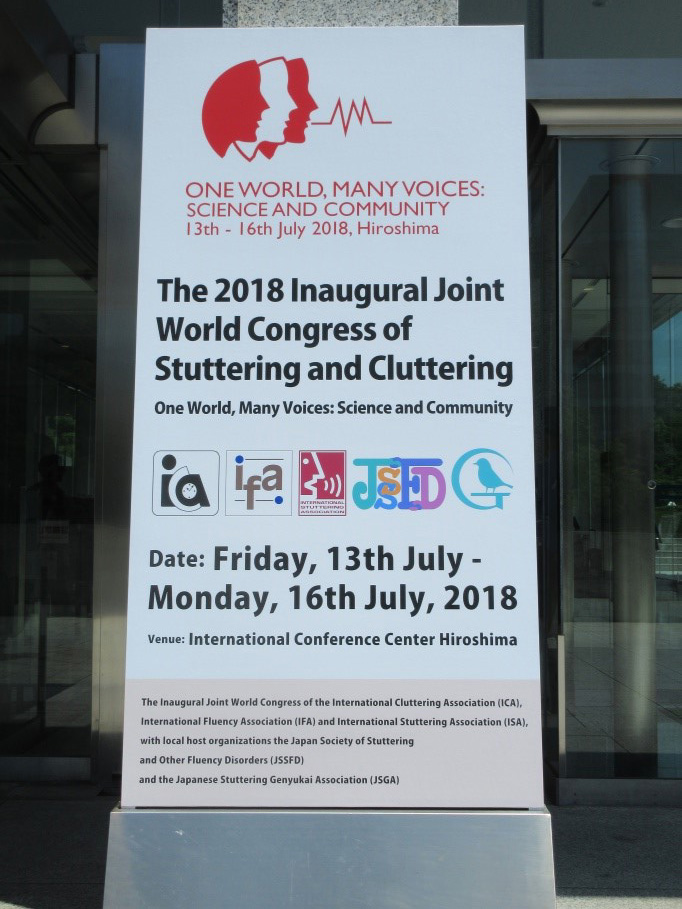 My field of specialization is education. I am currently conducting research on the history of stuttering at school in Japan to consider how the education for children with speech disorders should be. Stuttering is a speech problem characterized by repetitions, pauses, or drawn out syllables, words, and phrases. As the cause of stuttering remains unknown, it cannot be cured.

The reason I focus on school in Japan is that children with stuttering are required to speak fluently in classes etc. although they have difficulty doing so, which makes them feel painful. It has caused my awareness of why children with stuttering are not allowed to speak disfluently at school. How has such educational thought been formed? I am advancing my research on the history of stuttering at school in Japan between Meiji era and the present in order to figure this out.

The ‘One World, Many Voices: Science and Community’ Congress was held in Hiroshima in July 2018. Participants of this congress comprises professionals, clinicians, and several groups by people with stuttering and cluttering. The Congress provided opportunities for people who are involved in stuttering in the world to interact with each other, which enabled them to discuss stuttering freely regardless of their positions. 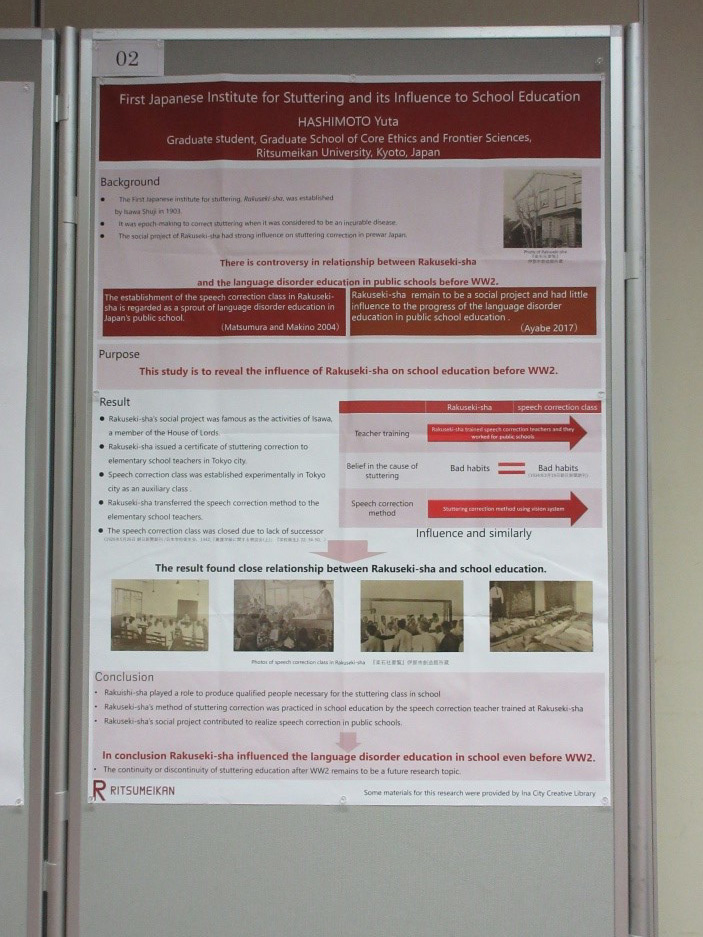