Home» Research Highlights » History of Settlers and Memories of the Japanese Empire in East Asia: The 15th International Conference of the East-Asian Agricultural History

History of Settlers and Memories of the Japanese Empire in East Asia: The 15th International Conference of the East-Asian Agricultural History 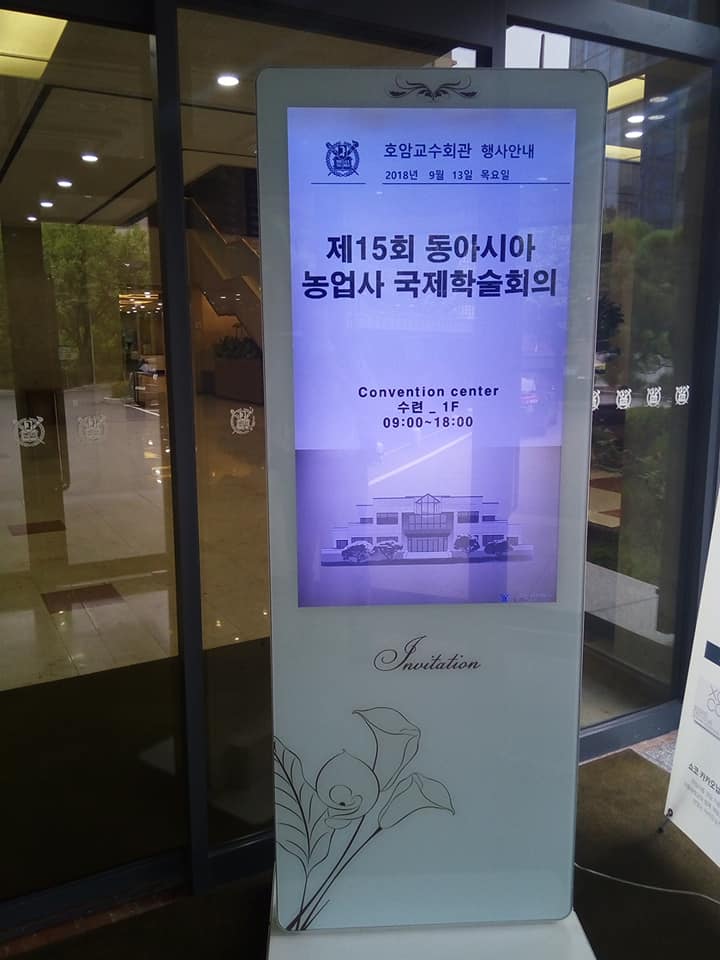 I have been conducting research on the modern history of Hokkaido from the viewpoints of immigrants and settlers who are across the borders. I went to South Korea on September 2018 in order to make a presentation at the 15th International Conference of the East-Asian Agricultural History which was held at the Hoam Faculty House of Seoul National University, and participate in an excursion to Gunsan. The theme of the Conference was the nations and farmers in East Asian agriculture. Researchers who conduct research on the agricultural history came to the Conference from South Korea, China, and Japan and made presentations there.

On September 13, I made the presentation at the Conference. The theme of my presentation was “Utopia of Diaries and Militarization of the Community: Reorganization of the Konsen Pilot Farm and Attraction of the Yausubetsu Military Training Field in Hokkaido.”

The Konsen Pilot Farm was financially supported by the World Bank in 1950s and it has been evaluated as an agricultural development model which can lead to the development of Hokkaido and development assistance of developing countries in the future. The purpose of my presentation was to clarify issues the community had through the relationship between the attraction of Self-Defense Force (SDF) bases (Yausubetsu Military Training Field and Japan Ground Self Defense Force (JGSDF) Camp Bekkai) and large-scale agricultural development projects. At that time, the future of the fishery industry and dairy development, which was the main industry in Bekkai Village, was uncertain. On the other hand, as Bekkai Village is situated next to Kunashiri Isaland, which was controlled by Soviet Union, there was a discussion regarding the securement of financial resources through the attraction of SDF bases. What the history of this community shows that agriculture and military affairs cannot be separated.

In the afternoon of September 14, I participated in an excursion from Seoul to Gunsan. It took approximately two hours by chartered bus. Saemangeum, which is a tidal flat, lies on the coast of Gunsan. Water of Saemangeum was drained through a reclamation project, which made the place a broad paddy field zone. In the Japanese Empire era Gunsan was the place to produce rice and export it to Japan. Gunsan City still has houses and temples of Soto Sect of the time. Gunsan has been organized as the combination of the negative heritage of colonial occupation and sightseeing resources. Sightseeing spaces which have integrated the “Japanese era” components such as renovated Japanese restaurants and book cafe at Wolmyeongdong, were crowded with many young Korean people. The guesthouse where I stayed also was renovated but some walls and posts of the Japanese era remained without change. Although the walls and posts were protected with acrylic boards, I felt suffocated as I was sleeping next to the crumbing earthen wall of the Japanese Empire era. 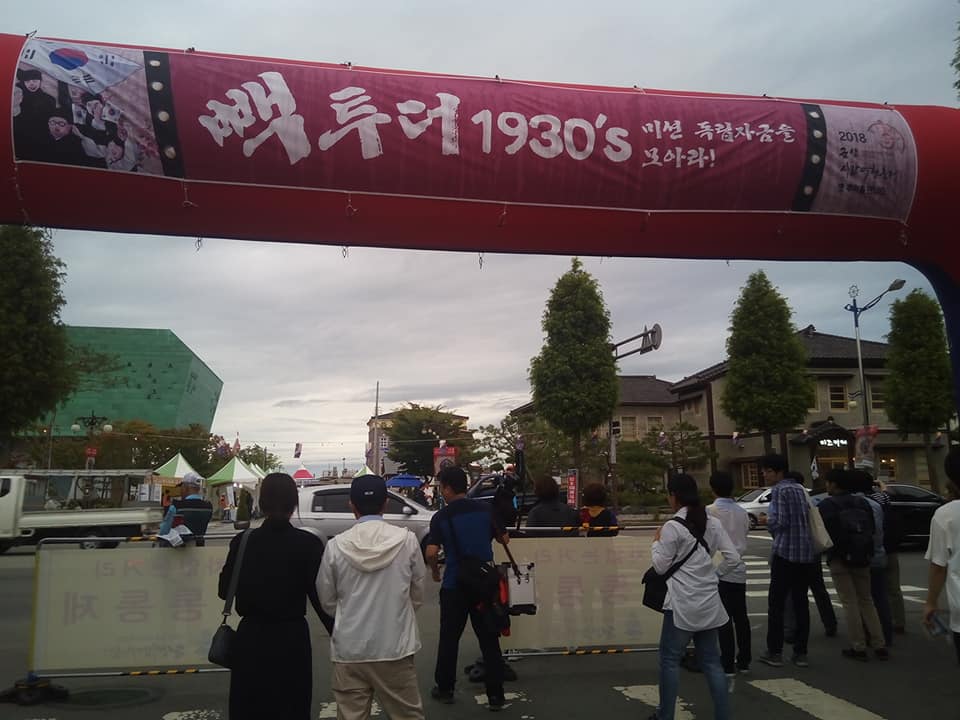 On the day I visited Gunsan, a large-scale festival called “Back to the 1930s” was held there. I saw a parade which combined the Japanese Empire era and dressing up for Halloween. I also visited Lee Sung Dang Bakery and bought sweet bean bun, which is very popular. Mr. Lee Sung, who is the owner of the Bakery, took over a Japanese confectionary shop and initiated his bakery business in the postwar era. He was born in Hokkaido. His parents moved to Hokkaido from Jeollabuk-do to work at a mine. In the postwar era, he returned to South Korea and stayed at Gunsan to initiate his bakery business.

On September 15, I went to a farming area near Gunsan which used to be a settlement of Japanese agricultural immigrants. In Fuji Farming Village, different villages were established at school etc., depending on the prefectures they were from—including Hiroshima, Saga, Yamaguchi, Okayama, Tokushima, Kagawa, Niigata, Miyagi, and Fukushima. At each settlement area persons of 10 houses lived together as a unit. In Yamagata Village persons of 20 houses lived together as a unit due to the influence of Mr. Kanji Kato, who was involved in pioneering Manchuria later. In this area production of rice is still very popular now. Sometimes persons whose fathers were once settlers there visited the area with a professional sightseeing guide in order to seek the place where they were raised. Until recently, houses of such settlers remained in clusters. However, now, as a result of the development of roads, only a few ruined houses have remained. We saw one of the houses whose tiled roof was about to collapse. The house was used as a bam. A huge jujube tree bore a lot of fruits and they started turning red.

I think that Japanese houses which have been reserved for sightseeing businesses are important places to consider the history of Japanese Empire. It was a precious experience for me to visit the ruined house of Japanese settlers at the time when the physical storage device of the colony was about to collapse.