Horizon Seen from the History of Thoughts over "Colonization" 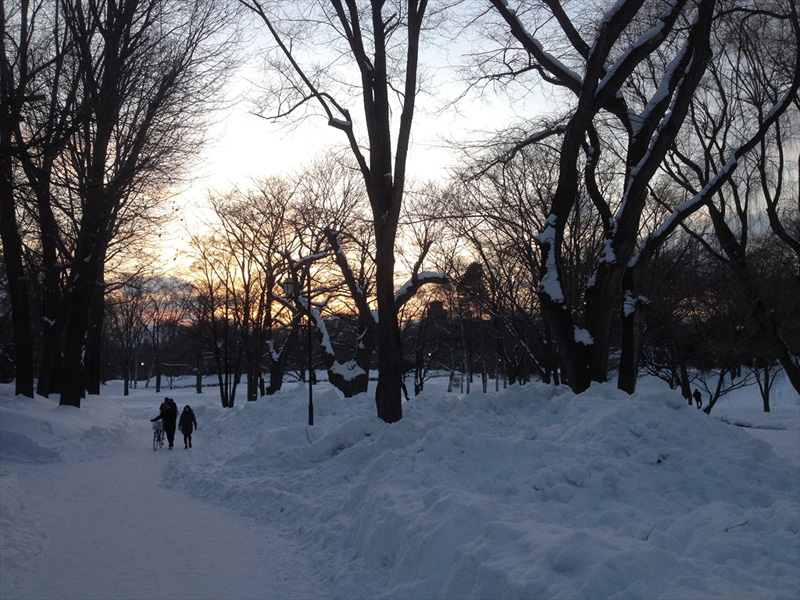 In my research I have focused on “courses of colonial studies” which were held at Sapporo Agricultural School and Hokkaido Imperial University. Sapporo Agricultural School and Hokkaido Imperial University were institutions for human resource development as well as research institutions for developing Hokkaido. Especially, I have dealt with thoughts of Shosuke Sato and Kumao Takaoka. “Internal colonization” and “domestic colonization” which were suggested by them had not only technological aspects concerning the process of colonization including the land system, agricultural technology and protection of immigrants but also intellectual aspects which regarded agricultural problems of the Empire of Japan as population, political or economic ones and a problem of the step-by-step process of the history of modernization theory and conducted “colonization” as its solution. These problems of colonial studies are not solved yet. The first case of “colonization” based on the modern system of land subdivision, which was studied by Shosuke Sato and so on, was to colonize 2500 disaster refugees from Totsukawa village, Nara Prefecture to plains of Takigawa, Hokkaido. The problem of “colonization”, which emigrates people from certain places to different places, may be one clue to reconsider the problem of people who were forced to leave their living places due to large-scale development projects such as dams, power plants and military bases, and disasters such as earthquakes and tsunami from the side of colonialism. 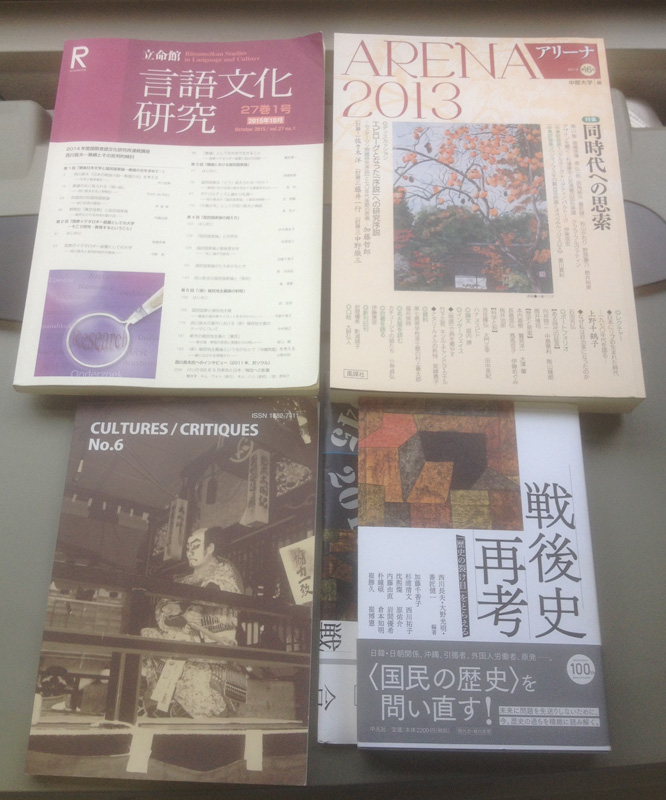 Parts of my academic achievements—this picture was taken at the collaborative research room at Gakujikan Hall, Ritsumeikan University

I found out that there are many materials related to colonial studies during my visit to the Archives of Hokkaido University in order to write my doctoral dissertation. The word of “colonization” of the history which was stored behind it was very fresh for me who was formed academically with strong influence of post-colonialism. What I focus on is the process which excludes the areas over “colonization” from the problem of colonization while “colonial policy studies” which presuppose divisions of a suzerain/colony and inland jurisdiction/special jurisdiction start. As my research has progressed, fissures among similar words including “colonization”, “immigration” and “cultivation” appeared. Trials to start discussion from “colonization” means questioning areas near the history which is constituted by words such as “immigration” and “cultivation”, which questions dynamics which immediately function as soon as divisions of a colonizer/colonist, suzerain/colony and inland jurisdiction/special jurisdiction start. This kind of trial to re-question the presupposition of colonization problems is also an important issue to reconsider the history of colonialism.

In recent years I have kept looking for ways to deal with this theme from literary works/video works in addition to research on the history of thoughts. In the book entitled Reconsideration of the Postwar History: Grasping the Rip of the History coedited by Dr. Mitsuaki Ono (who already appeared in this research highlight section) and Professor Emeritus the late Nagao Nishikawa (Heibonsha, 2014) I deal with Families (1970) whose director is Yoji Yamada while relating to the problems of “colonization”. The process that a coal miner who was forced to leave his hometown makes a journey for his dream of dairy husbandry in Hokkaido shows that although he is involved in a nation's large-scale project, he can get out of it. This collaborative research is a result of 14 writers' having a lot of discussion, looking for in each way and struggling to find a way of description that has both official “fissure” of the history that is felt from the writer's body of “I” and the “fissure of the history” which appears from the materials. Although I myself have a long way to travel as a writer, I will keep letting people know about texts that discuss “struggles”, “pains” and “possibilities” from now on, too.