Social Space of Filipino Migrants who Live near Seoul in Korea 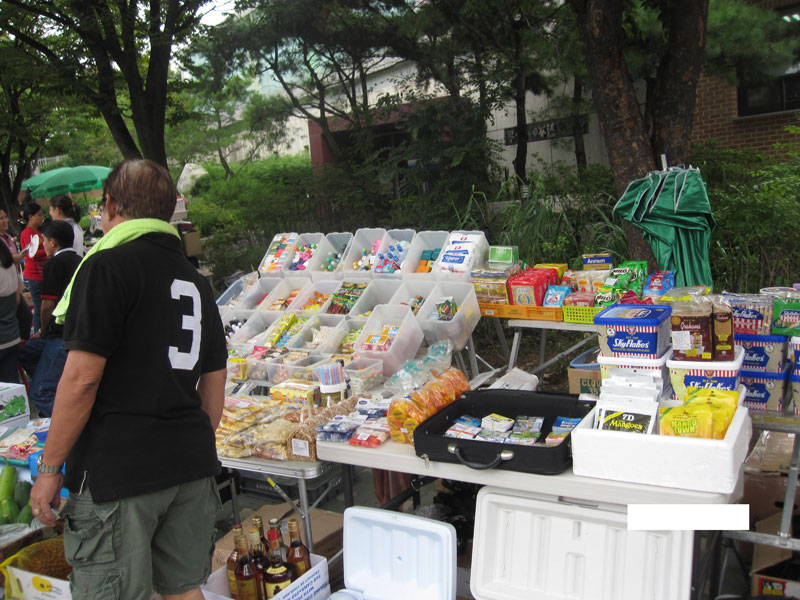 The Philippines, officially known as the Republic of the Philippines, is the largest country which sends migrants to the world and about 10% of people with Filipino citizenship lives abroad. Now I conduct research concerning social space Filipino migrants form near Seoul in Korea. I adopt anthropological research methodology, including participant observation of gatherings and activities of Filipino people, and interviews concerning their migration experiences. There are two cues I start conducting this research. One clue is that my grandparents were foreigners who were from a former colony of the Japanese Empire. The other clue is that I was involved in a support group for foreigners as a volunteer which supported many Filipino people before entering graduate school. This experience enabled me to have interest in past/present Filipino migrants' lives. At the graduate school I conducted research concerning Filipino migrants living in Japan.

I have started conducting research in Seoul, Korea since 2012, when I got a position as senior researcher at Ritsumeikan University, using my research experiences in Japan. The number of Filipino migrant workers and marriage migrants has been keeping increasing in Korea as well as Japan since 1980s. In Korea there is a system of accepting foreign migrant workers for the fixed term. Foreign spouses who marry Korean people can acquire Korean nationality after living there for two to three years. In 2012 a woman, who is one of the marriage migrants from the Philippines, became a National Assembly member. Still, there are many issues to be solved, including such unreasonable acts as unpaid wages to workers and economic instability of single-mother households.

Particularly, I pay attention to social space near the Catholic church in Hyehwa, Seoul in Korea, where the society has been changing drastically over Filipino migrants. About 80% of people with Filipino nationality has faith in Catholic. Filipino migrants gather around many of Catholic churches in the world. On Sunday afternoons Mass is conducted in Tagalog, which is one of the main languages in the Philippines, at the Catholic church in Korea. Several thousand Filipino people gather around the church from Seoul city and outlying cities, towns and villages. There are Filipino groups at the church and stalls dealing in Filipino dishes and general merchandise are open only on Sundays in front of the church. Also bars near the church are crowded with Filipino people. 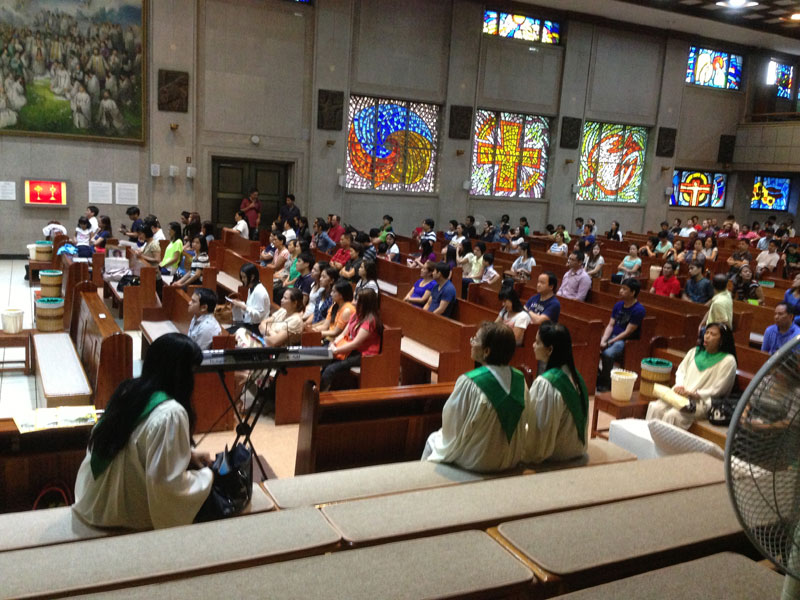 Filipino People who Gather for Mass in Tagalog

Since I had few acquaintances of Filipino migrants living in Korea for the first few months of my research, I collected information from my acquaintances—both Japanese and Filipino researchers living in Korea. Then I participated in gatherings of Filipino groups and went to stalls many times. As a result, I came to interact with people who came to Hyehwa, Filipino women and their husbands (Korean men). Now even during my stay in Japan, I communicate with such people and I conduct research concerning their living condition and social relationship during my stay in Korea. Also Filipino people have deep relationship with many Korean people—their husbands (Korean men) and their family members, neighbors, Korean followers at the church and their friends. Tagalog is mainly used in my research. My current challenge is to communicate with Korean people in spoken Korean who are involved in Filipino migrants. Recently I have also had chances to communicate with Korean husbands using my rudimentary Korean. Social space of Filipino people in Korea is formed not only by Filipino people but also by surrounding Korean people. Therefore, in order to understand social space of Filipino people it is necessary to interact with these Korean people, too. In my future research I will examine contracted Filipino male workers and female marriage migrants who have different migrant experiences, social relationship with surrounding Korean people, succession of Filipino culture by second-generation children whose parents are a Korean person born in Korea and a Filipino person. My research in Korea is halfway through and I keep conducting research here for some time in the future, too.