Home» Research Highlights » What Makes the Mentally Disordered Hard to Live?: Can Social Model of Disability Include Mental Disorders?

What Makes the Mentally Disordered Hard to Live?: Can Social Model of Disability Include Mental Disorders? 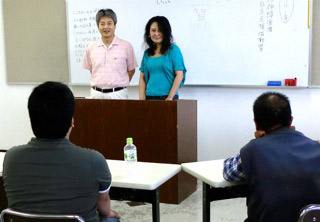 At a Meeting for Sharing Hardships in Participants' Lives Held by “Kokoro no Piazu”(Peers of Mind), a Self-Help Group

Mental disorders have been a candidate for treatment as illness and been discussed within a framework of recognition of a medical model for a long time. There is a view of the “social model of disability” in discourses of how disability should be defined. The social model aims at reframing how society views disability through the viewpoint that it criticizes suppressibility of the medical model and the way of society, not illness or impairment within disabled people, which flings disabled people into disability, makes disabled people hard to live. Although discussions over the social model are mainly formed via physical disabilities, mental disorders are also regarded that social change releases disordered people themselves. However, my experiences of living hard not totally based on the social aspects of mental disorders brought a feeling of strangeness to me against the assertion. Since I have had mental illness in my 20's, mental disorders have been the core of my identity. What I have experienced was difficulty in living as if it could threaten my existence. Therefore, my research topic is what mental disorders are and what can be released from them.

I think that in case of physical disorders what means by lack of psychical functions and body organization which is impairment is relatively clear and the measure for implementing the lack and breaking away from disability is clear to some extent. On the other hand, in case of mental disorders, the measure for resolving disability is not so clear. Is it possible for autistic people with mental disorders to go out with support of helpers? The existence of helpers may create fear and push people with mental disorders into much serious autism. Do they really want to go out? If so, it may be the result of delusion or obsession. Can the support for their going out caused by delusion or obsession lead to resolution of disability? I have a lot of questions to pose. Is it possible to state that mental disorders have been left between the medical model and the social model? 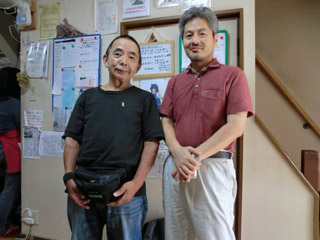