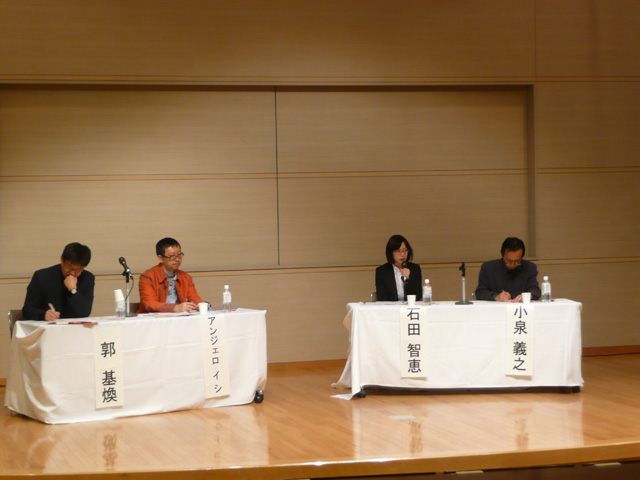 There were three parts in this symposium. The title of the first part was “Disaster/Life: What has the disaster brought to immigrants?” and we had presentations and discussions concerning research on the disaster over Koreans/Brazilians living in Japan. In the second part, Mr. Akira Kurihara, our center's special adviser, conducted a lecture whose title was “Beyond Social Exclusion”–problems of exclusion toward people with foreign/elderly/disabled people as a result of the Great East Japan Earthquake and the Fukushima plant accident and its overcoming. Finally, in the third part, “Life of People with Disabilities under the Earthquake”, there had presentations and discussions concerning ways to support people with disabilities from the Great Hanshin-Awaji Earthquake in 1995 through the Great East Japan Earthquake in 2011.

Each part dealt with various “lives” under the Great East Japan Earthquake. The keywords of our Research Center for Ars Vivendi are disability, aging, illness and differences which all relate to “life”. These keywords are not limited to such a single research target as “only foreigners” or “only disabled people” but have meanings these keywords have in common concerning survival. For example, in this symposium it was discussed that foreign people and disabled people are not “the weak” only under the disaster but live with various difficulties before/after the disaster. 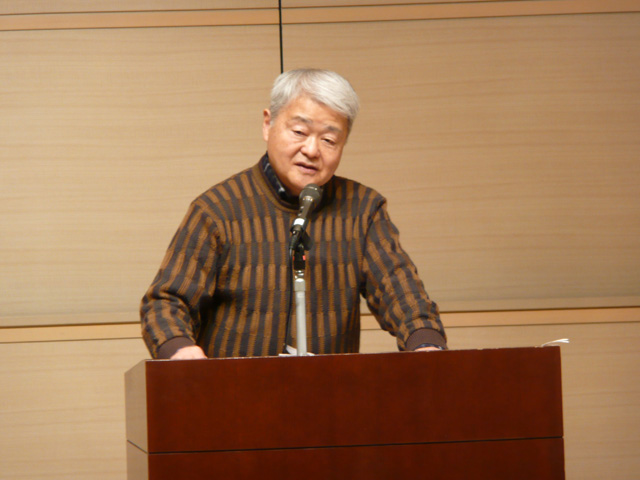 When it comes to pre-disaster, it is necessary to understand the disaster not only as “natural disaster” but in the historical context of a social/political process. The Great East Japan Earthquake uncovered that postwar politics/economy concerning nuclear plants and social background such as aging in Tohoku region influenced people's survival. “Social exclusion”, which was mentioned by Mr. Kurihara, clarified that the socially vulnerable people in struggle were produced in our society. In each part, it was told that the disaster occurred in the social structure of discrimination and exclusion which were sometimes invisible.

And the ways of people's survival behind these histories need to be written and accumulated toward post-disaster. Description of “survival” under the disaster can be used as ars vivendi of people with disabilities, aging, illness and differences under a disaster in the future. “Life under disaster” keeps existing with accumulation of these descriptions. We believe it is necessary to keep conducting this kind of symposium, updating the website of “The Great East Japan Earthquake” so that we not only never forget the Great East Japan Earthquake but never make a new disaster.

Of course, it is only two years since the disaster occurred—that is, the Great East Japan Earthquake has been still continuing. It is necessary to conduct more research activities and continuous supports. We think that facing daily survival, supporting each other and describing its survival as modern history are research activities of “ars vivendi under the Great Disaster”.