When someone pronounces the word “egg,” s/he cannot help saying it “e..e..e…egg.” This kind of speech disorder is called “stuttering.” Stutterers (people who stutter) can still speak, and can live an ordinary life without special treatments. However, their “living” is not easy. Here I would like to introduce the activities of the stutterers who get the symptom from early age and cannot get rid of it even after becoming adult (such stutters are called “developmental stuttering.”)

The fundamental cause of developmental stuttering and the cure for it have not been discovered yet, and a number of stutterers have to live with the symptom. In the 1970s, such stutterers declared to “keep living with stuttering,” and the movement has been still active since then. This involved group is named “Genyukai (Gen means language, yu means being friendly, kai means association).” The group was initially established for treatment or correction of the disability, but gradually it began to face with the fact that stuttering is incurable. In 1976, they adopted “the Stutterers' Declaration,” which means that “they declare to the society and themselves that they accept themselves as stutterers, establish their lives.”

Genyukai has been active in both Japan and foreign countries. For example, the first international conference by stutterers was held in Kyoto in 1986. This conference has been held once every three years since then. Moreover, stutterers themselves have conducted self-help activities since 1980s. In addition, new prospects of Genyukai have appeared from late 1990s to 2000s. the following three actions are the characteristics.

First, the group has been in cooperation with professional Speech-Language-Hearing Therapists (STs). In Japan, for a long time until 1998, there had not been a national license for cure for speech disorders. However, after the Speech-Language-Hearing Therapist Act (ST Act) was carried out in 1998, a number of professional STs have been actively involved in their jobs. From then on, Genyukai has been in cooperation with STs in terms of cure for stutter.

Second, Genyukai has institutionalized their group activities. Until recently, Genyukai had conducted their activities as involved group of the parties concerned. The Act on Promotion of Specified Non-profit Activities, which was legally enforced almost simultaneously with the ST Act, gives an opportunity to institutionalize local groups (such as Chiba and Yokohama) as NPO. Moreover, in 2006, the Japan Stuttering Association was also institutionalized as NPO. Such institutionalization leads to “new public interest,” activities in which any group members as well as stutterers can participate.

Third, the social supports for stutterers have been made. The national workshop in 2011 thematized the “Prospect and Understanding of Institutional Reformation of the People with Disabilities.” In the workshop, the promoter of this movement, Mr. Toshihiro Higashi, gave a lecture, and discussions on the topic were held. After this workshop, the movement for the establishment of the committee for social supports for stutterers has been made.

In this way, Genyukai has become a “field,” in which people can be involved in social supports for stutterers which aims at institutional revolution in ever-changing societies of professionals and group activities. Until recently, since stutter had not been regarded “serious disability,” few measures have been taken against “social problems” of stutterers. Genyukai is also a “field” in which the involved people deal with “stutter as social issues.” 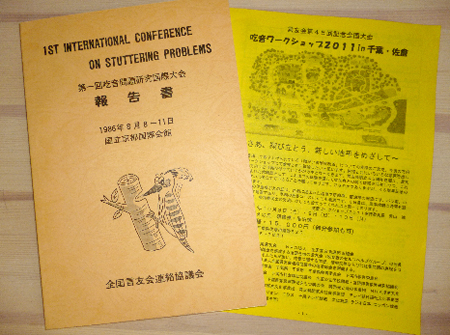 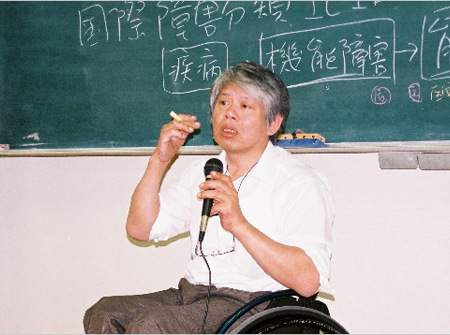 Figure 2: Mr. Toshihiro Higashi (the general manager of the office of the Committee for Disability Policy Reform) lecturing at the National Workshop on Stuttering in Chiba in 2011