Considering What We Understand Others/Are Understood by Others: Sociological Study on Autistic Spectrum Disorder 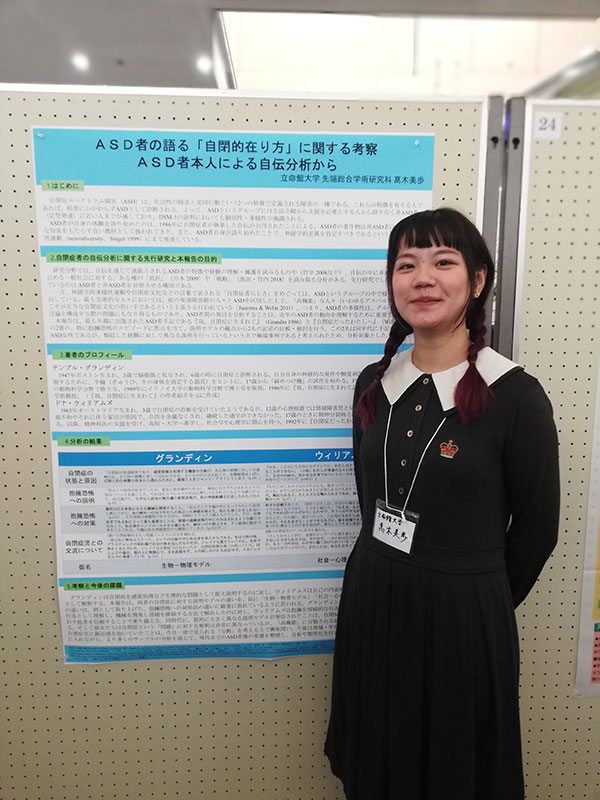 Autistic Spectrum Disorder (hereinafter referred to as “ASD”) is a kind of developmental disorders which is defined by two characteristics—disorders in social interaction (problems in social communication including indifference) and restricted or repetitive patterns of behavior or activities. The history of ASD started with the report that in 1943 Dr. Leo Kanner, a child psychiatrist, described children who did not have emotional contact with their surroundings as “early infantile autism,” which is now known simply as autism. People at that time may have wondered why such children did not miss their parents and would not allow their parents hug them. Since then, many doctors have discussed both the definition and cause(s) of ASD. Moreover, in 1985 psychological research was initiated aiming at explaining ASD from the perspective of cognitive capacity.

ASD is studied in many areas, including medicine, psychology, education, sociology, and disability studies and so on. I have been conducting research on ASD from the viewpoint of sociology. In particular, I focus on how experts have regarded certain type of people as “problem,” and how such people who were regarded as so have told about their own experiences and sometimes argued against the experts. The reason I am interested in the history and statement of ASD is that I am also a person with ASD. I became severe ill and was diagnosed as ASD after I grew up. Since then, I had read various books written by persons with ASD. Some of their experiences were familiar with me, but others were totally unfamiliar with me. My keen interest in such differences is the starting point for my current research.

One of the important events regarding ASD was that Prof. Temple Grandin, who herself is a person with ASD, published her autobiography, Emergence: Labeled Autistic with Margaret Scariano in 1986. Prof. Grandin is a hero in the world of ASD as she has been successful in obtaining a Ph.D. degree through the support of her mother and mentors, and establishing a company which deals in livestock equipment. At that time, it was taken for granted that people with ASD spent their lifetime in a welfare institution. However, Prof. Grandin’s achievement showed that people with ASD can live in a community if people around a person with ASD give appropriate support to him or her and they make their own efforts themselves. 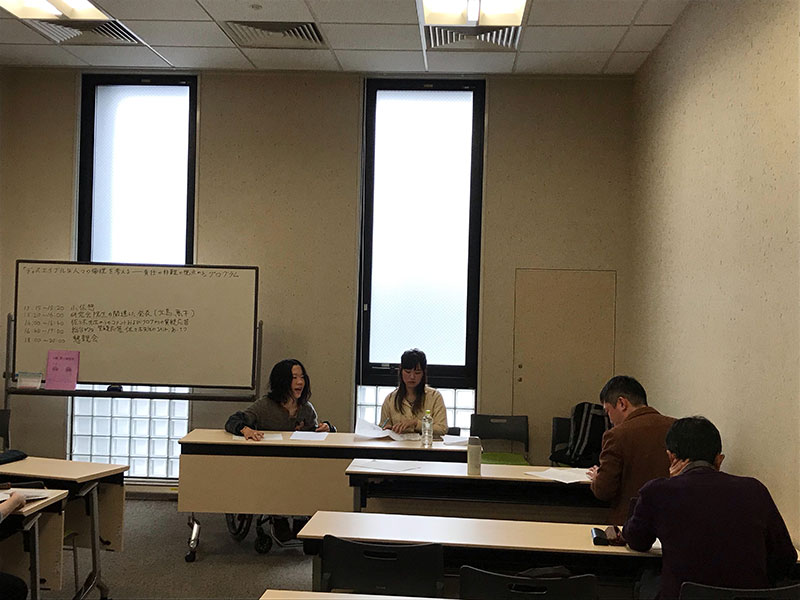 We often encounter situations in which we have difficulties communicating with others in our daily life. Although it is said that ASD is the social disorder, communication is actually made between two persons. When a communication problem arises, it is sometimes considered that the cause is the disorder either of them has. However, the cause may be out of synchronization between them. Why and how does this occur? Judging that a person cannot communicate with the other person and identifying him/her as a person with disability is a social activity. However, not enough research on ASD has been conducted in the area of sociology. Therefore, I plan to sketch an outline regarding ASD in my doctoral thesis.

Of course, it is important that the mystery of ASD is elucidated. However, even if there are some ambiguous parts, it is more important for persons with ASD to live a happy life. It is hard to be required to tell your own experiences in order to be understood by others. I would like to consider a desirable society, including “autistic states”, in which various people live more freely through my research on ASD.

*1: In February 2019, we invited Taku Sasaki, an associate professor of Kanazawa University, and held an open seminar regarding the impossibility and responsibility provided by illness and disability. At the seminar I gave a presentation regarding the Cassandra phenomenon (syndrome). The Cassandra phenomenon is a concept applied in cases where couple’s relationship falls into a very hard situation and one partner insists that this situation occurs due to ASD the other partner has (including cases he/she is not officially diagnosed as ASD). This concept is not an official name of illness and is currently the subject of controversy. I focus on this concept as it relates to miscommunication with close persons and difficulty of care.