Home» Research Highlights » Are Animals Parts of Society? : Use of Livestock for Funeral Practices at Sumba

Are Animals Parts of Society? : Use of Livestock for Funeral Practices at Sumba

have been conducting field surveys at Sumba, which is an island in the province of Nusa Tenggara Timur in eastern Indonesia to clarify how people at Sumba deal with livestock for their custom practices and how livestock are incorporated in their social structure.

Sumba has an area of approximately 11,000 square kilometers and is smaller than Sikoku (literary four provinces) in Japan. It has dry climate and little rain. Under such severe natural environment, people at Sumba engage in agriculture, livestock, and splashed patterns including hinggi and laü, which are local products at Sumba. Sumba has an indigenous belief which is called Marapu (which means ancestor’s spirit or ancestor) and the way of living based on the custom of this brief is regarded as tradition at Sumba. For example, there exists a procedure for funeral practices which is strictly determined by the custom at Sumba. Since many people converted to Christianity due to the influence of colonial administration by the Netherland, few people have maintained Marapu brief.

A series of processes for funeral practices based on the custom of Marapu is called as lii meti. There are two characteristics for funeral practices at Sumba. Firstly, from the death of a person to the burial of the body takes very long time. Even if an individual passes away, the corpse is not buried immediately. After being wrapped with lots of layers of hinggi, the corpse lies in repose at their home for a certain period of time. Its period may be one year or more in some cases. During the period, the corpse’s relative, who is the host of the funeral, makes various preparations including raising livestock for funeral practices, growing crops for meals they will provide for guests, and making foodstock. Even if such preparation for funeral practices is completed, the corpse is not buried easily, because the relatives who live in other areas make condolence visits to the corpse. Then, the corpse is finally buried. Secondly, a lot of livestock, including chickens, pigs, cattle, buffalo, and horses are killed for funeral practices. Pigs and cattle are killed for meals, and chickens are killed for fortune-telling. And buffalo and horses are killed for fortunes of persons who passed away in the after-life. At this time, the relative, who is the host of the funeral, never eats horse flesh. At the funeral of a person who belongs to the noble class I once attended, it took approximately 10 days between the beginning of the funeral and burial of the body, and during that time, the total eight of horses and buffalo as well as a lot of pigs, cattle, and chickens were killed. I wondered why people at Sumba need to kill a lot of livestock for funeral practices. Interviewing people at Sumba enabled me to understand that the greater the amount of blood shed from the killed livestock, the wealthier the owner of the livestock and that killing buffalo with big horns and horses with superior body mean thankfulness of a person who passed away. I also understand that people at Sumba do not like killing livestock without a reason. According to them, they should kill livestock only for guests or ritual practices. They consider that if they kill livestock without a reason, they will receive divine punishment in the future.

As stated above, one of the essential things for cohesion between relatives and reproduction of society is livestock at Sumba. The relationship between persons and livestock are deeply entwined in the relationship between persons and persons and both of them enable the formation of social structure. In my opinion, this is the best part of the Sumba society. From now on, I would like to clarify how livestock are involved in the formation of customs at Sumba by focusing not only on funeral practices but also on other customs including marriage practices and fertility practices. 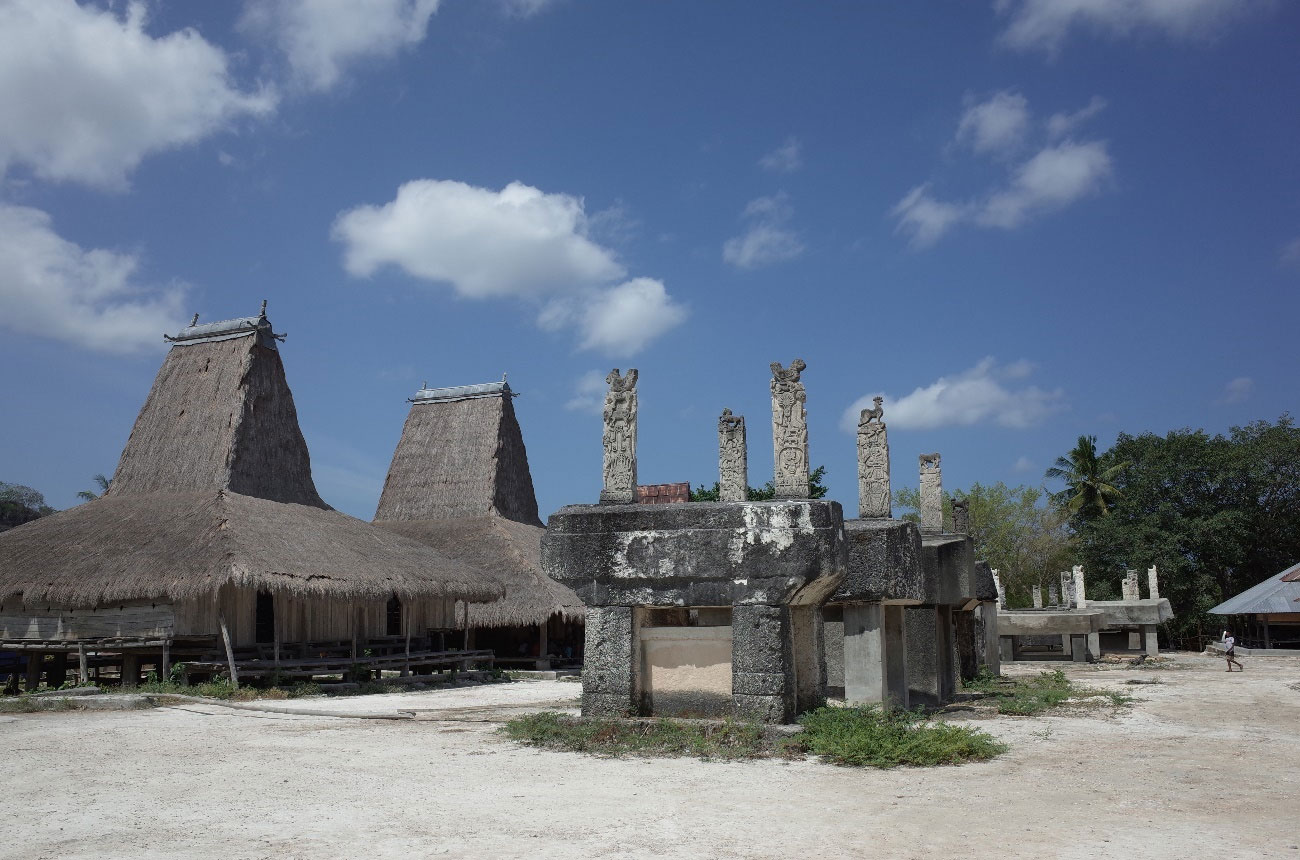 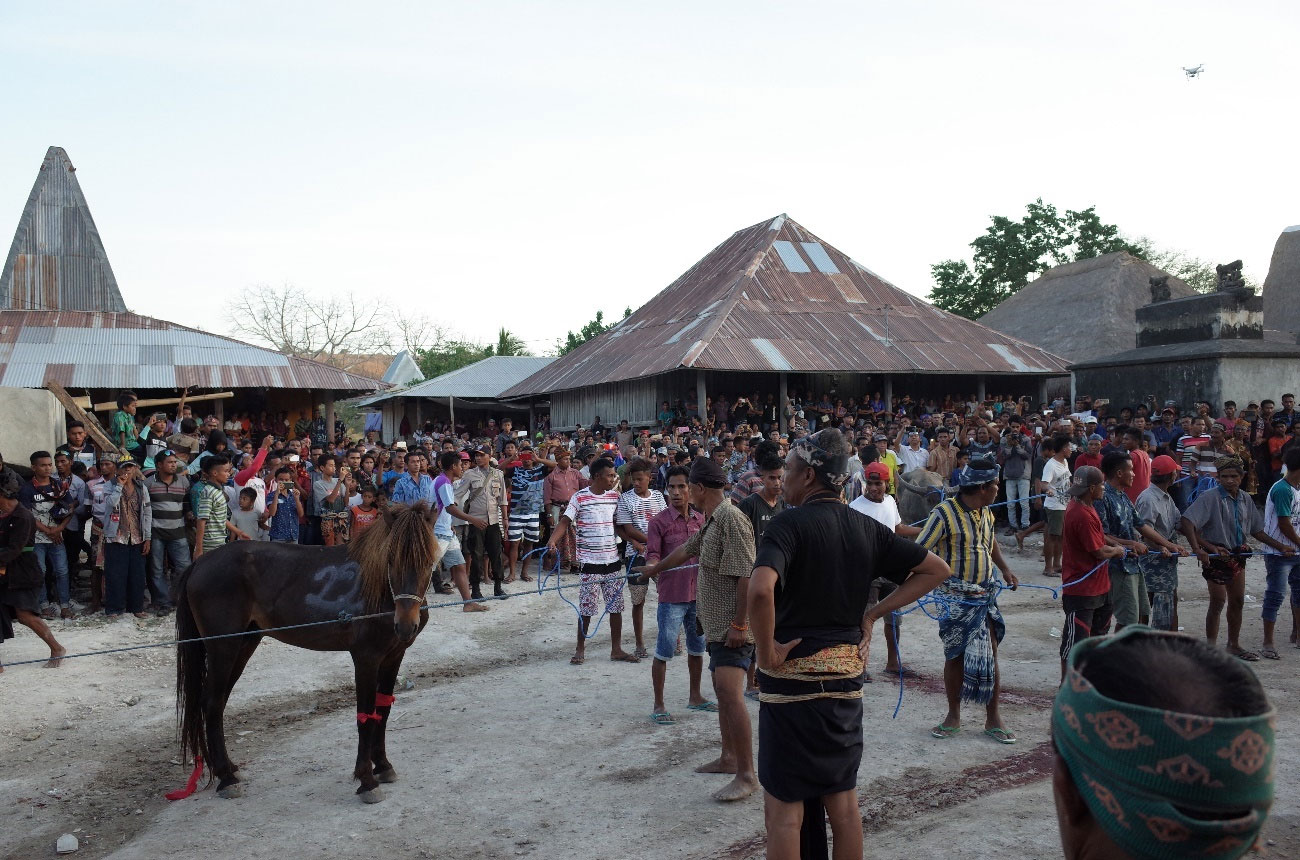