Home» Research Highlights » A Solution for Aging Provided by China: A Housing Complex for Low-Income People

A Solution for Aging Provided by China: A Housing Complex for Low-Income People 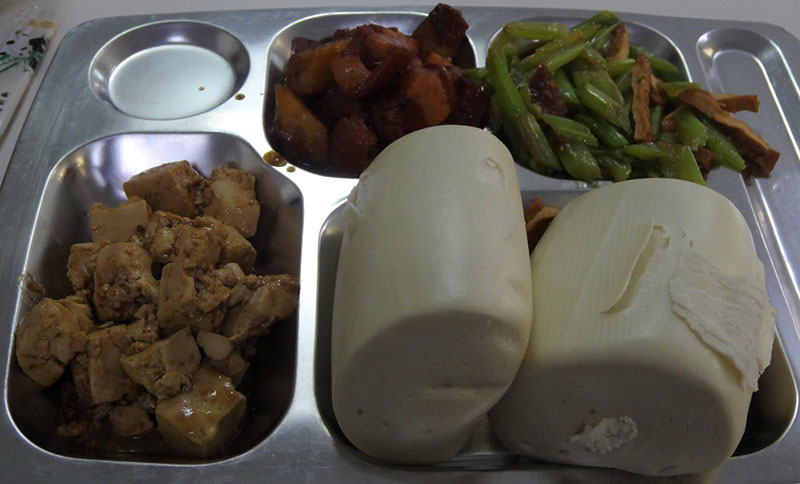 If I summarize my research in one phrase, it is “how everyone can live.” Japan has the public assistance system under which “everyone” is guaranteed to live. However, in fact, the system comes under public cynicism. Why is it so? I keep conducting comparative research in order to seek an answer for this question.

I have been observing a housing complex in the central part of Beijing in China once or twice a year since 2015. It was built in 1960s. There are many single-story houses made of wood and bricks across the narrow street in the area of approximately 300 meters square. It is the traditional residential style in the urban area in China and is called “hutong.” In Beijing, there are some hutongs which have been developed for the preservation of landscape and sightseeing resources. However, the other hutongs will not be preserved. The hutong I have been observed will not be preserved-demolition and re-development of it has been planned for several years. Its periphery area has been already surrounded by modern multistory buildings.

Initially, the residents in the area were Beijing citizens who were relocated due to the re-development of a downtown area in Beijing and local people who came over Beijing to engage in large-scale civil engineering or construction works. Currently, they become seventies or more and live off a pension. They look happy though poor. Although the number of the second and third generation is small in number due to the one-child policy from 1979 till 2015, there are some elderly women who raise their grandchildren instead of their parents who work during the daytime.

When I visited the housing complex in 2015, I heard that it would be demolished in 2016. However, in fact, it was not demolished. The land price in the big cities in China keeps rising and the amount of compensation for removal also keeps rising, too. Preparing enough compensation is difficult for Beijing even although it has the concentration of wealth.

Instead, the infrastructure in the area has been developed since 2016 in order to improve the living environment. The roads have been surfaced and the sewerage system has been developed. At the same time, illegal construction of houses facing the road has been eliminated through the establishment of flowerbeds. Once the illegal construction house enabled an adult person to lie down. People from the local community, who were forced to work in Beijing, lived in such houses but this development made them disappear from the area. Currently, low-income people, who are original residents, are permitted to live in a legal way. However, it seems that they will be required to move to a different area with a high amount of compensation or be displaced as a result of missing the appropriate timing. Their aging progresses while they negotiate with Beijing.

In 2018, a center for the elderly was established on the corner of the area. The center provides the elderly with recreation, medical care, and nursing care services at a low price or free of charge. The young employees work to operate the center and retired nurses, etc. support them as volunteers. Currently, the mandatory retirement age in China is 60 although there are some special exceptions. Therefore, the retired staff are still young and lively.

One of the ex-nurses told an interpreter and me that it is a model case in Beijing. The purposes of the Beijing’s initiative is to get rid of the young people’s burdens of care for their parents and encourage its economic activities and reproduction of the population. At the same time, it enables the elderly to live in the community until they pass away. Before establishing the center, the executive officers of the center toured the community life of persons with mental disorders in Trieste City, Italy. The long good relationship between mental health providers of the two cities enabled this collaboration.

It is uncertain until when the area will be able to retain the current status. In any case, individual survival closely relates to the Chinese initiative for aging, which is the nation-level survival strategy, as well as the initiatives by areas and communities.

My research, which focuses on the re-development of the specific area and the process of losing the low-income houses, has arrived at the question about the nation-level survival strategy. From now on, I would like to advance my research by summarizing the results of the surveys I have conducted.