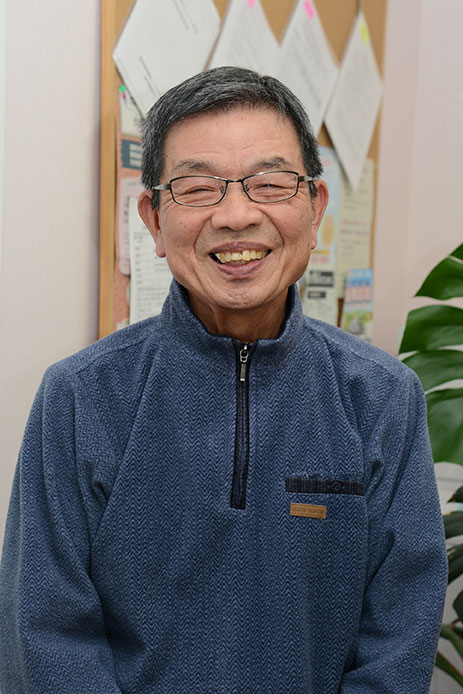 I became involved in setting up the Shiga Nanbyō Alliance as a result of my wife having been diagnosed with myasthenia gravis in 1977. I then took part in establishing the Shiga branch of the Japan ALS Association as a result of my elder sister having been diagnosed with this disease. Through the experience of caring for my sister, I developed the desire to create a system that would allow people with severe nanbyō or disabilities to choose to live at home if that is their preference without hesitating on account of concern for their families, and started a caregiving office based out of the Shiga branch of the ALS Association (Note 1). When I was serving as the managing director of the Shiga Nanbyō Alliance in 2006 I wanted to look for the causes of patients not being kept alive even though the means to do so exist, and decided to enter Ritsumeikan University’s Graduate School of Core Ethics and Frontier Sciences. I was awarded a degree from this institution in 2017, and in my thesis I gave a detailed history of nanbyō activism over more than thirty years and proposed directions this movement might take going forward on the basis of the realities of the caregiving organization I manage.

I have been involved in the work of the Shiga Nanbyō Alliance that aims to improve the living environment of nanbyō patients for over thirty years, and as part of these efforts each year we would send a written request to Shiga Prefecture, negotiate with the prefectural authorities, and receive their response. The response of the government was not always the same; it would change along with turnover in division heads, department heads, and their assistants. Because what the person in charge told us would change (for example, “Let’s discuss this orally rather than give a written response,” “We’ll do it just for this term,” “Negotiate with the relevant department only,” and “We will cut off support funds”), a cycle of hope and disappointment would repeat each time we negotiated.

But this is not enough. For example, the assistance (nursing care) required to enable people with severe illness/disabilities to live at home cannot be lacking. In 2010 there were nursing care insurance and disability welfare systems in Shiga Prefecture, but the state of affairs was equivalent to having no services to provide necessary medical care to people with severe disabilities. In response the Shiga branch of the ALS Association, an organization affiliated with the Shiga Nanbyō Alliance, set up a separate organization and began working to provide round the clock nursing care services. This initiative continues today, in 2019. 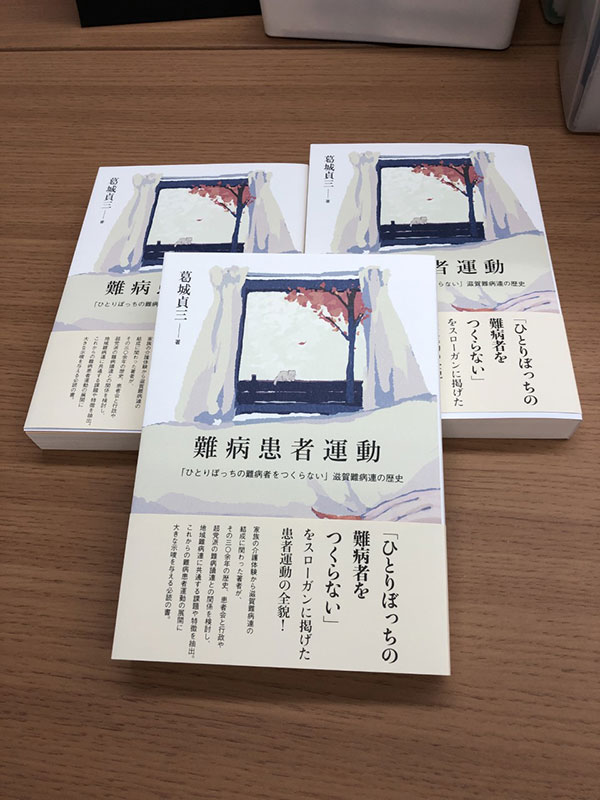 I wrote about my own experiences with these sorts of initiatives in my recently published book Nanbyō kanja undo – “Hitorybochi no nanbyō kanja wo tsukuranai” Shiga ken nanbyōren no rekishi [Nanbyō patient activism – The history of the Shiga Nanbyō Alliance “making sure nanbyō patients are not alone”]. In this book, based on the content of my thesis I address the questions of how this movement can develop going forward and what kind of role nanbyō patients’ groups and local nanbyō associations should play in realizing the ideas laid out in the Convention on the Rights of Persons with Disabilities. In the “Afterword” I also write about my wife and sister’s lives while battling illness.

There are local nanbyō associations in each of Japan’s prefectures. Hardly any research has been done on these local organizations, and this book was the first to document the Shiga Nanbyō Alliance, an alliance of participants in the nanbyō patients’ movement operating at the level of Shiga Prefecture. As the members of organizations in this movement change over time, records are lost and history is forgotten. I believe that excellent initiatives and activism have been developed at local nanbyō associations all over Japan. Nothing would make me happier than if my book’s excavation of this kind of local nanbyō association activism were to provide an opportunity for it to be taken up and carried on today.

In closing, I would like to introduce an essay Professor Shin’ya Tateiwa of the Graduate School of Core Ethics and Frontier Sciences wrote about my book entitled “Kokokara hajimerukoto ga dekiru [We can begin from here].” It is a very interesting text that among other things allows for a concrete understanding of what went on in mys doctoral thesis examining committee. I highly recommend it to all readers.