Home» Research Highlights » What Is the Expertise of Social Work? : Over the Japanese Association of Psychiatric Social Workers’ Involvement in the Medical Treatment and Supervision Act

What Is the Expertise of Social Work? : Over the Japanese Association of Psychiatric Social Workers’ Involvement in the Medical Treatment and Supervision Act 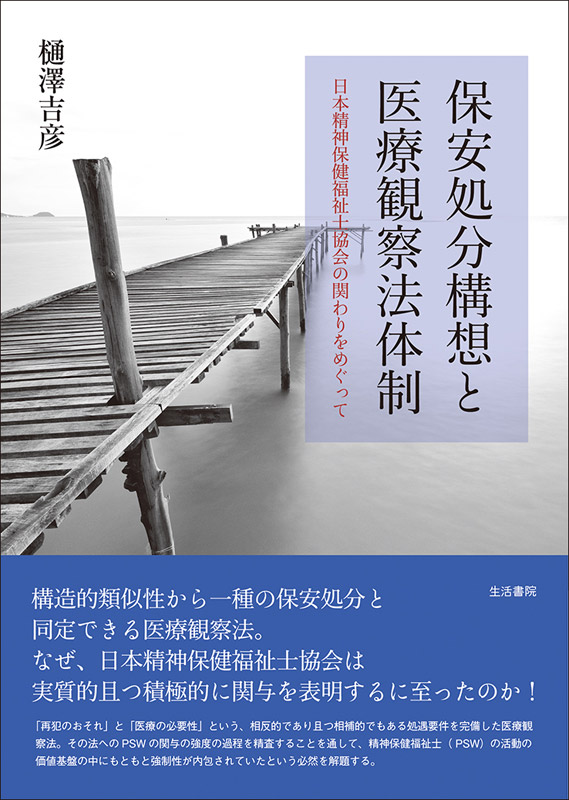 My book titled _From Ho-an-shobun (preventive detention) plan to the system of Medical Treatment and Supervision Act: Focusing on the relevance of Japanese Association of Psychiatric Social Workers (JAPSW)_ (Seikatsu Shoin, 2017)

I have been conducting research on psychiatric social work (hereinafter referred to as PSW) in the area of mental health and medical welfare. Based on my doctoral dissertation, I published a book titled From Ho-an-shobun (preventive detention) plan to the system of Medical Treatment and Supervision Act: Focusing on the relevance of Japanese Association of Psychiatric Social Workers (JAPSW) (Seikatsu Shoin).

When we consider objectives of PSW and the Medical Treatment and Supervision Act, the dynamics above is not supposed to arise. However, in fact, both sides somehow have received “benefits” not by throwing away each objective but by “taking advantage of” it skillfully.

In Japan, PSW usually means (persons with) a national qualification of mental health welfare professionals. According to the PSW Association website, PSW is a profession which aims to support the mentally disabled “acquire a lifestyle that suits them” through assistance for solving issues related to their life and social issues, and support toward their social participation*1. As “that suits them” is emphasized, PSW is said to be a profession that values the viewpoint of “involvement” which encourages “self-determination.”

On the other hand, the Medical Treatment and Supervision Act was originally designed as a countermeasure to deal with “mentally disordered offenders,” which was one of the supplementary resolutions at the time of the revision of the Mental Health and Welfare Act in 1999. Then the Ikeda school massacre in 2001 accelerated a discussion about it, and it was embodied as the Act. This Act stipulates that concerning the mentally disabled who had committed serious illegal acts and were found not to be prosecuted or not guilty or commutation of sentence due to mental incompetence or relevant reasons, they are forced to be hospitalized for “medical treatment under this Act” only if “it is necessary to have them take medical treatment by this Act to improve their mental disorders at the time of committing the serious acts and encourage them to get back to the society without repeating the similar acts.” At first, the preceding sentence was “if it is acknowledged the mentally disabled might repeat the targeted acts.” However, a criticism arose that it was a forceful measure (isolation/detention) taken to persons who had been judged by the justice as “those who might repeat the similar crimes.” Consequently, it was modified as above during the Diet deliberations and was approved by the Diet. What this means is that this Act is going to be implemented in the name of the “benefit” (social reintegration) for the mentally disabled, not for social safety (so it is okay to implement this Act). What we should keep in our mind here is that although the nominal destination of the benefit under this Act has been changed, this Act also has the other benefit (social safety) as a “reflex benefit”—the benefit which is received reflexively without any intentions at the same time. 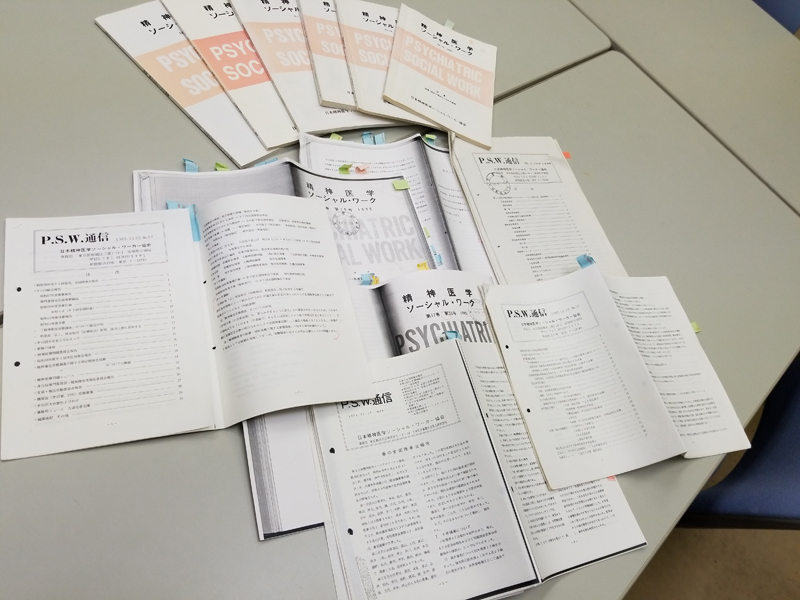 And the PSW Association actively encouraged the government etc. so that they could get involved in the establishment of this Act which enabled PSW's forceful intervention. Consequently, the PSW Association acquired two job requirements as mental health welfare professionals and coordinators for social reintegration. Mental health welfare professionals judge a forceful medical treatment and coordinators for social reintegration secure a continuance of the forceful medical treatment. PSW acquired the functions of forceful intervention exclusively*2 while maintaining their nominal ideal. In this book I mention a possibility that a sign for PSW to acquire exclusive functions might have already existed within their stance toward a revised bill on the criminal code which attempted to introduce a stipulation for the judicial punishment for hospitalizing the mentally disabled with criminal records to prevent their recidivism before/after 1980.

In the early morning hours of July 26, 2016 the Tsukui Yamayuri-en care facility for the disabled in Sagamihara came under attack by a former employee and left 19 dead and 27 wounded. Since the former employee had experiences of involuntary admission, which is one of the forceful hospitalization under the Mental Health and Welfare Act. As a result, a revised bill on the Mental Health and Welfare Act was submitted to the Diet, including reinforcement of involvement in the community after involuntary admission is withdrawn. The PSW Association actively makes statement concerning the bill in order to acquire job requirements exclusively again.

Based on what I mention in this book, I would like to keep focusing on how the PSW Association insists concerning the exclusiveness of duties in the area of mental health and medical welfare as a premise to consider what a “profession” is.

*2. “Exclusive/exclusiveness” in this context means that some specific duties/roles can be performed only through the limited (persons with) qualification under a system.