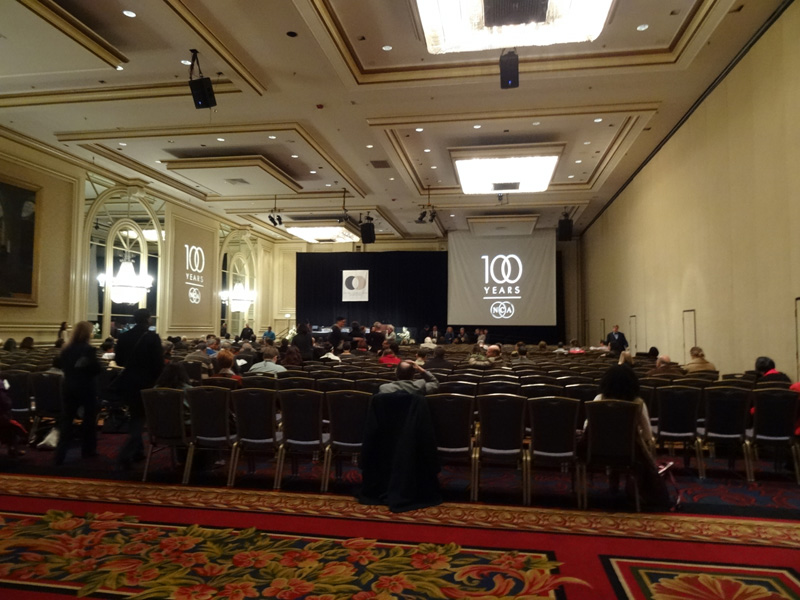 Opening Session of the Annual Convention of the National Communication Association 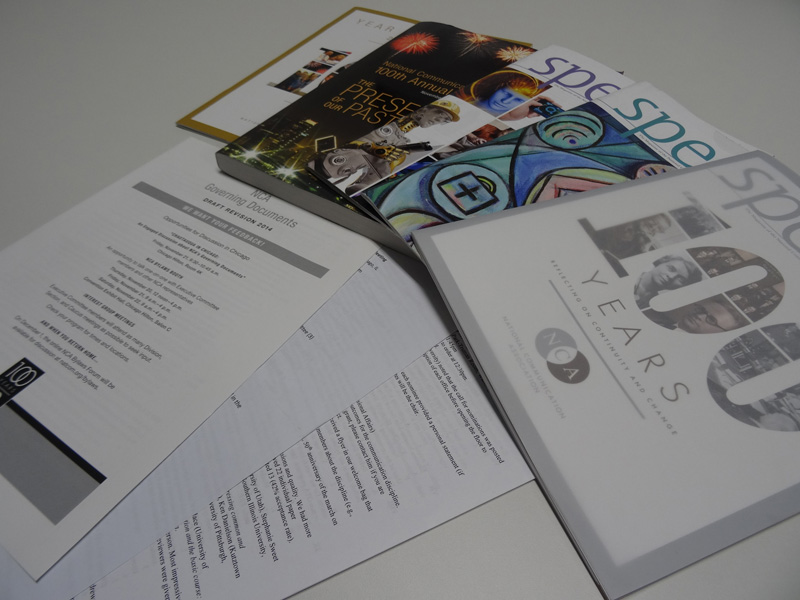 Bulletins of the National Communication Association

From November 20 through 23, 2014 I participated in the 100th annual convention of the National Communication Association (NCA). About 6, 000 persons participated in the convention and there were more than 1,200 sessions. At the invitation of Dr. Sherwyn Morreale, who supervised my research in the United States, I participated not only in research presentation but in the association's board meeting and working sessions concerning basic courses for cultivating communication skills.

One of the sessions included not only researchers but staff of the American College Testing[2] (ACT). An active discussion was conducted concerning how we should measure and develop communication skills whose appraisal standard is not established as a national language test. In another session it was pointed out that perspectives and realizations toward communication skills have changed with recent shifts to a digital society and that it is difficult to motivate students with existing teaching methodologies.