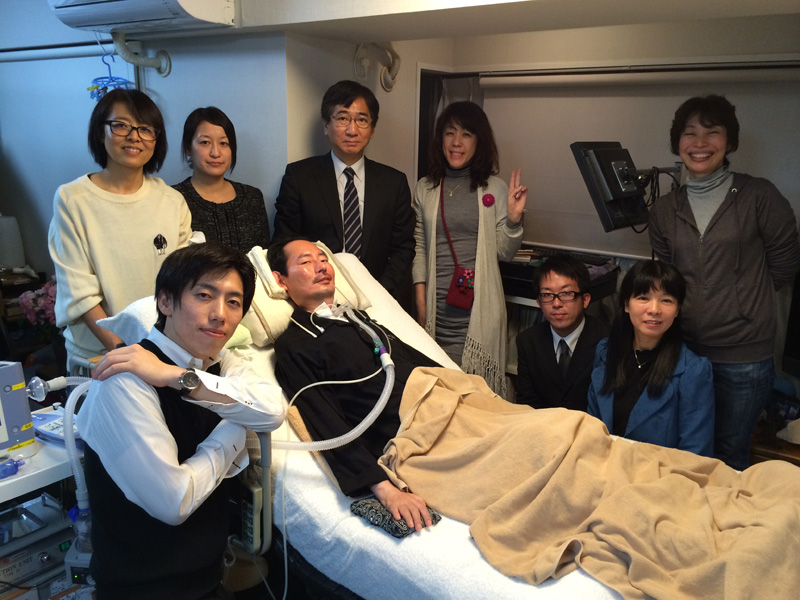 Until I entered a graduate school to conduct research, I lived such a hard life that I was not even free to go out because of care for my mother. My mother received a definitive diagnosis of Amyotrophic Lateral Sclerosis (hereafter ALS) in summer 1995 and started home mechanical ventilation in February 1996. When Long-Term Care Insurance System was established in Japan in 2000, I at first thought the system could make my life a little easier. Despite my expectation, however, it was awkward for us to use Long-Term Care Insurance System. Especially, since we cannot ask a helper to conduct medical care including tracheal aspiration and tubal feeding under the System, care burden of the family of a person with illness / disability cannot be reduced. When I was beside my bedridden mother, feeling that I would like to have my mother's ventilator taken off and make my life easier, euthanasia was legalized in the Netherlands. Then I found out if the euthanasia act was necessary in Japan, too, which enabled me to know about the Graduate School of Core Ethics and Frontier Sciences at Ritsumeikan University. Attracted to scholars/thoughts for living (later ‘the art of living' (i.e., ars vivendi)) of faculty members of the Graduate School, I decided to become a member of academia at the age of 40. I entered the Graduate School in spring 2004 after committing myself, beside my mother who was not able to communicate at all due to ALS, to ask someone to build a mind-controlled machine in the future.

I mentioned “theories and practices concerning connection and integration between a human body and a machine” in my initial research plan and aimed at research collaboration with researchers in all disciplines to survive by overcoming severe disabilities. And I find cybernics research. Cybernics is a new academic field in which such disciplines as neuroscience, exercise physiology, robot engineering, information technology and regenerative medicine meld / compound. Prof. Yoshiyuki Sankai of the University of Tsukuba advocated it and named cybernics. 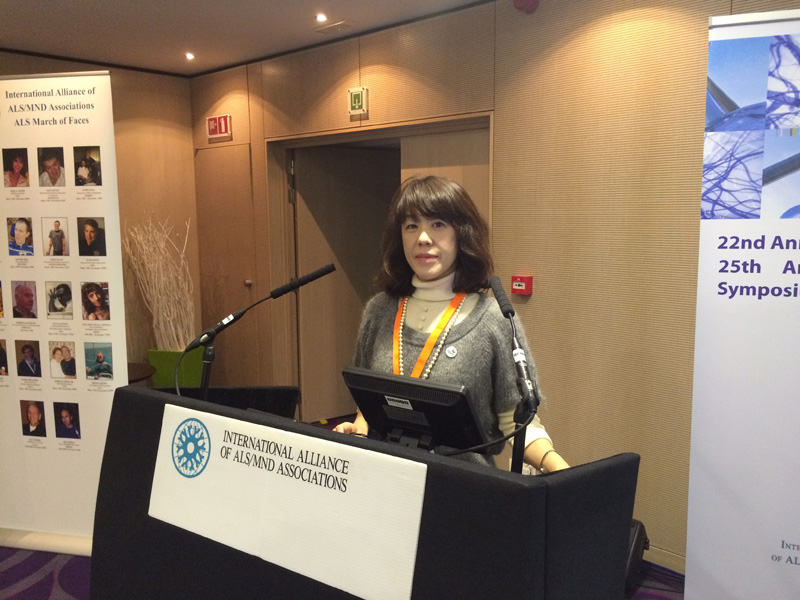 Now I am participating in a research project (i) whose subsidy comes from the Ministry of Health, Labour and Welfare in Japan as one of the members. This research project is a collaborative one with CYBERDYNE Inc. whose CEO is Prof. Sankai, and the leader of the project is Dr. Takashi Nakajima, a neurologist, and he is also the Deputy Director of Niigata National Hospital, the National Hospital Organization. A “cybernics switch (tentative)” of which we have worked for product development in the project is a tool which can perform on/off operation of an input switch just by a patient's image of moving his/her fingers. ALS patients whose muscles atrophy usually use a transparent communication board, communication device, etc. to communicate. Some of them, however, cannot get to use such communication methods as their disease progresses. This is what we call “Totally Locked-in State (hereafter TLS).” Fear of TLS made some ALS patients desire legislation concerning removal of a ventilator by an advanced notice. I have discussed the “right to die” with ALS patients and activists of death with dignity since it is important ethically, too. If an ALS patient in TLS can type letters he/she considers on a computer screen immediately, he/she can convey his/her intention, which can lead to his/her hope for living. Then the way of living will and timing of cessation of treatment using the advanced notice will be questioned. “The communication device using Brain Machine Interface,” which enables a patient to communicate just by a patient's image of moving his/her fingers, is exactly the dream machine I once swore for my now-defunct mother. The machine can also be a tool for protecting autonomy and dignity of a person who has difficulty communicating due to severe physical disabilities if it is a commercial reality in the near future.

I will work on researchers in cybernics area to listen to needs of patients from now on, too. And I will keep conducting, with joy and pride, both research in which we deliver trial products to patients and their families and provides feedback about evaluation of the patients' side and data to researchers and policy research which will become necessary as the former research progresses.