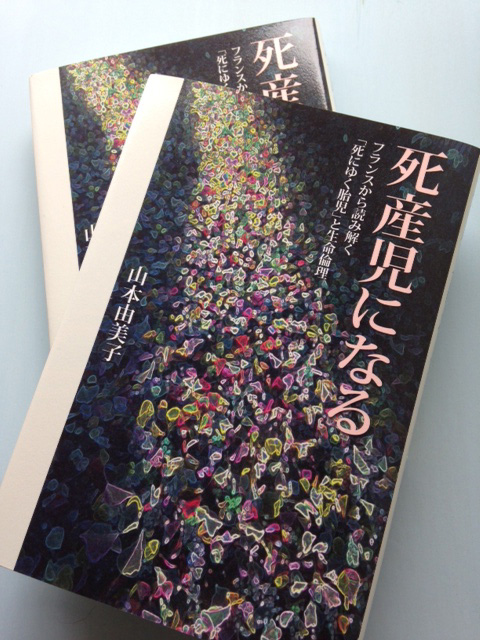 YAMAMOTO Yumiko Becoming a Stillbirth Child: Interpreting “a Fetus who Is Going to Die” and Bioethics from Case Studies in France (Japanese) (Seikatsu Shoin, 2015)

I have been conducting research on various issues concerning sex and reproduction from the viewpoints of bioethics/gender/medical sociology. In my book published in March 2015 I clarified the existence of “vivid living” which transcended the existing framework by interpreting the conflicts between medicine and civil affairs over prenatal tests and artificial abortion, with reference to the French bioethics laws(*1).

Recently, artificial abortion related to the result of prenatal genetic tests has been conducted. Generally speaking, in the process of prenatal tests amniotic diagnosis is prepared to make a definite diagnosis of “chromosome abnormalities” before decision of abortion is made. In the process of the existing prenatal tests or non-invasive prenatal testing, which is said to be a “new type of the prenatal test” amniotic diagnosis is conducted during 15 to 18 weeks of pregnancy (i.e., mid-pregnancy). When a pregnant woman gives up continuing her pregnancy as a result of amniotic diagnosis (it is said that in cases the result of amniotic diagnosis is positive, more than 80 to 90 % of pregnant women decides to do so) artificial abortion is conducted during either mid-pregnancy or late-pregnancy. This abortion is “birth” which “delivers” a fetus via artificially induced labor pain. Thus, there are some possibilities that the aborted fetus is “delivered in the living state”. Moreover, in some cases the aborted fetus can “live” for some time even after he/she is delivered. However, even if the aborted fetus survives outside his/her mother's womb, he/she has no choice but to be regarded as a stillborn child. 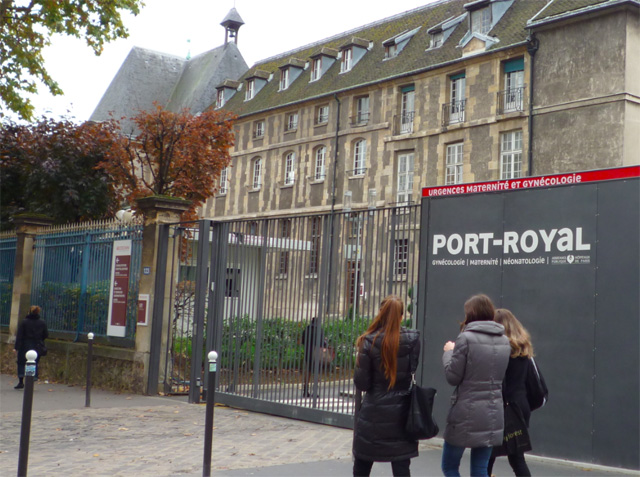 In French obstetrical medicine my research focuses on, prenatal tests which can bring an aborted fetus who is delivered in the living state have not been considered. Instead, in a series of medicine, development of medical technology has been encouraged which kills a fetus in his/her mother's womb in advance so that the fetus cannot be delivered in the living state. Also a stillbirth notification in France targets not only the stillborn child who dies naturally and the aborted fetus as a result of artificial fetal death but also an abortus as a result of spontaneus abortion of less than 22 weeks of pregnancy (there is no lower limit of the number of the week of pregnancy). “Acte d'enfant sans vie (Certificate of Child without Life)” is issued to them after their parents hand in the stillbirth notification. In this way only their death is recorded officially. What these show is that a civil regime acknowledging the death of the existence that is delivered in the living state in the period close to 22 weeks of pregnancy is established in advance rather than a regime securing reanimation and neonatal care for the existence. That is, the “rational” and legal backing which denies the existence of vivid living is prepared. Focusing both on the way of obstetrical medical technology over “a stillborn child who is created artificially” and on laws concerning bioethics I have been considering life.

In addition to the above-mentioned research, I, as the new challenge of my research, consider the existence of vivid living from the side of the “woman's body”. In particular, I would like to start to establish a theoretical framework that introduces the concept of “body protection of a woman” in the management system of prenatal tests and a series of obstetrical medical technologies based on prenatal tests. The reason I think so is that although mid-term abortion, which is conducted after “chromosome abnormalities” of the fetus are diagnosed definitely, presupposes invasion of the woman's body, its risk has been regarded as of no importance (2). Concerning these issues I am planning to progress my research based on the positioning of the “woman's body” in the “counseling” setting at professional medical institutions in Japan and France, close investigation of medical literature and interview surveys to obstetricians, midwives, women and disabled people's groups. In this way I will reconsider issues of prenatal tests from the new angle.

*1 YAMAMOTO Yumiko Becoming a Stillbirth Child: Interpreting “a Fetus who Is Going to Die” and Bioethics from Case Studies in France (Japanese) (Seikatsu Shoin, 2015)