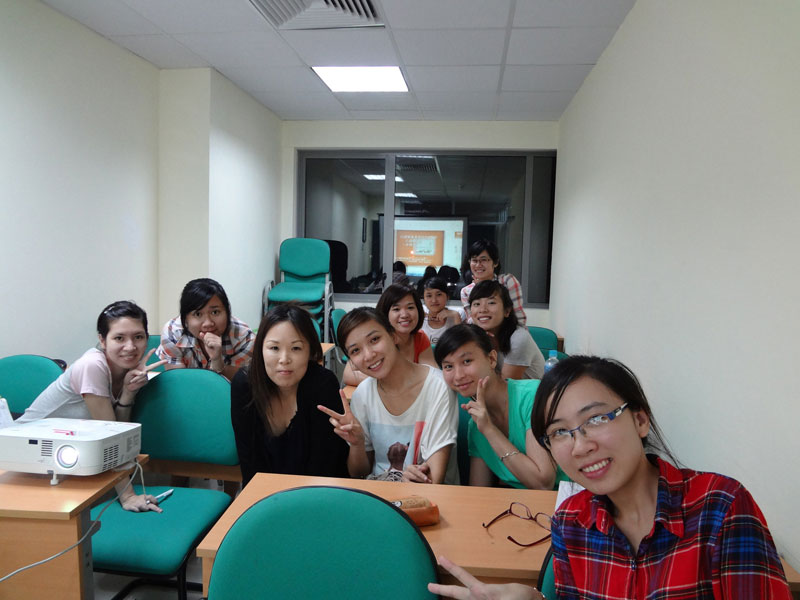 Group Photo after My Research Presentation at Vietnam National University

My research field is Vietnam. It is said that Vietnam is one of the countries which has the rapid development in Asia now. Vietnam is governed by the Communist Party and many Vietnamese people live in rural areas. There are 54 ethnic groups in Vietnam and Vietnam also has the history of long war experiences.

It is in 2004 that I lived a life in Hanoi, capital of Vietnam, for the first time and since then I have felt that the human relationship in Vietnam is “interdependent one” and distance from others is very close. In Hanoi there are bridges and expressways which are built utilizing ODA funds from Japan. People in Hanoi say that Japan enables them to have the bridges and expressways, and people I do not know kindly ask me whether I do not get lost, which bus stop I get off, or whether I am not cheated in price at a market just because I am Japanese. Since I feel very comfortable about this human relationship, I often go to Hanoi.

I keep conducting my research in order to pursue lives of people with disabilities/illnesses in Vietnam. Recently I conducted an interview survey both to disabled people who manage the Hanoi Independent Living Centre which was established in 2009 with the financial support of the Nippon Foundation and to members who use the services provided by the Centre. Now the number of disabled people who use the Hanoi Independent Living Centre is about 60 people living in Hanoi City. Financial constraints lead to this limited number of users and normally more people need its services. There are similar centres in Ho Chi Minh, Da-nang, Hai-phong and Can-tho, too. In these centres some disabled people use services including personal assistance service and peer counseling. The Hanoi Independent Living Centre continuously conducts awareness campaigns and offers suggestions to the Vietnamese government for financial support so that all disabled people can have “independent living” (i.e., self-choice). However, the government insists that it is difficult to pay personal assistance fees from the national budget since its finance has no leeway and the government thus does not take any actions about it. There is a disability pension system in Vietnam, too and disabled people can receive the pension if their application is admitted. However, the amount of the pension is very little. Therefore, disabled people need their family members' cooperation since they have to rely on their family members for personal assistance and finance. Recently the Hanoi Independent Living Centre becomes known for its significance and it dawns on people in Vietnam that “independent living” of disabled people is necessary not only for disabled people themselves but for their family members. However, in spite of the fact that Vietnam itself keeps developing, it is difficult for the Centre to receive the budget from the government and the Centre's existence is endangered now. 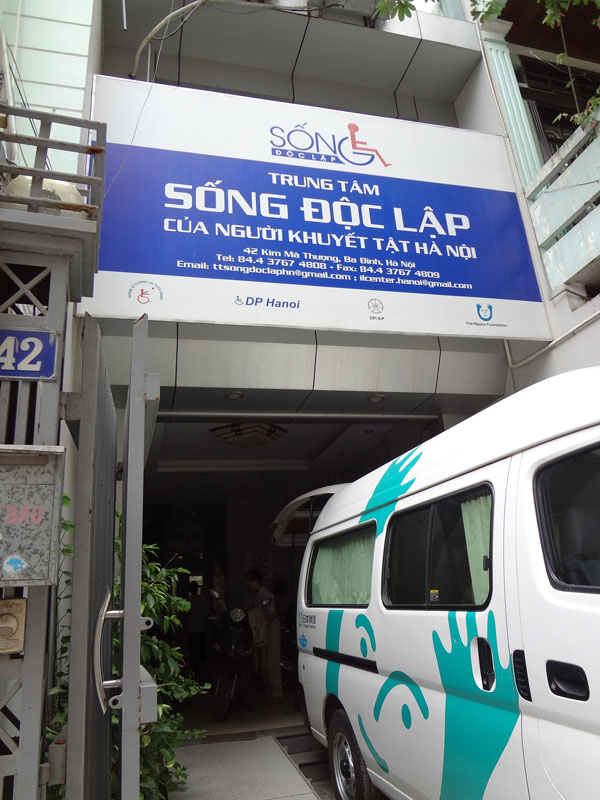 As a result of the interview survey conducted with cooperation of the Hanoi Independent Living Centre, it was found out that caregivers enable disabled people to spend time doing their job or what they would like to do—compared with the past when they had to spend time putting on/off their clothes and moving. Moreover, peer counseling among disabled people solves worries in some cases. According to the interviewees, they expand their sphere of action and their view of the world changes compared with the past when they had difficulties going out because they had to be attentive to their family members.

I think that practice of the Hanoi Independent Living Centre has surely generated outcomes in implementation of “independent living” in which disabled people themselves can choose by themselves. Vietnam has the historical background that long-war experience made Vietnam suffer many casualties and it prevented the development of Vietnam. Consequently, Vietnam had to depend on foreign assistance concerning support of people with illnesses/disabilities. I assume that the dependence on fund-raising from foreign countries has made Vietnamese character of not having budget for welfare as a nation and that the close relationship among neighborhoods and relatives, which is peculiar to Vietnam, has made the necessity of welfare policy invisible.

In order to form a society in which persons with disabilities/illnesses can choose and decide by themselves, it is necessary both to persuade the government in charge of the policy aimed at disabled people to have budget for personal assistance and to let people in the society understand and support “independent living” of persons with disabilities/illnesses. I would like to keep examining existing problems together with the members of the Hanoi Independent Living Centre which will enter a critical period for its existence from now on.