Home» Research Highlights » Collaboration with the World and Anxiety of Aging: Issues the Voluntary Association for Hemophilia Faces

Collaboration with the World and Anxiety of Aging: Issues the Voluntary Association for Hemophilia Faces 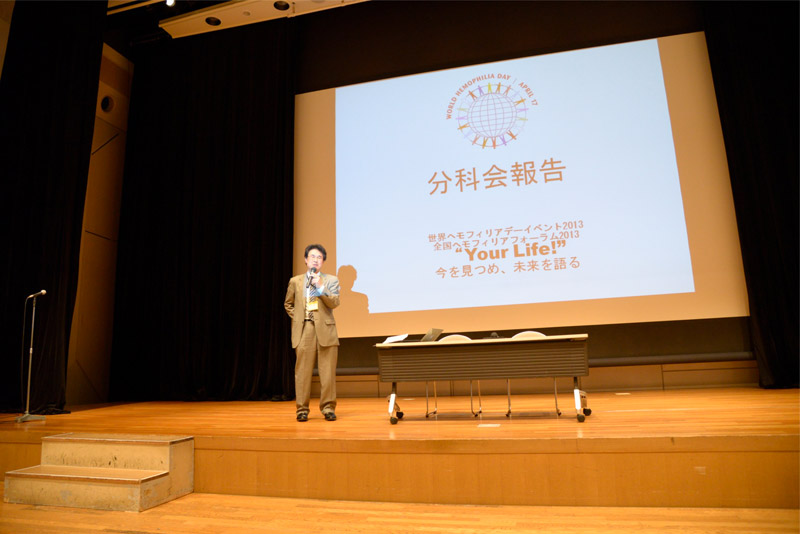 In the area of human and social sciences hemophilia has been often discussed as the framework of HIV infection and “AIDS Scandal” internationally. However, the historical background of hemophilia in or before 1970s has not been addressed very often. Therefore, my research covers issues related mainly to the history of hemophilia in postwar Japan, the bodies of persons with hemophilia, cutting-edge medical care of hemophilia and changes of social systems.

In December 2012 the National Hemophilia Network of Japan became a general incorporated association. Under the host of the new association the “National Hemophilia Forum 2013: Your Life! Looking at Present and Talking about Future” was held at Bunkyo Civic Hall in Tokyo on April 13 and 14, 2013. Although various issues concerning persons with hemophilia were discussed there, let me deal with the issues of international collaboration and aging. 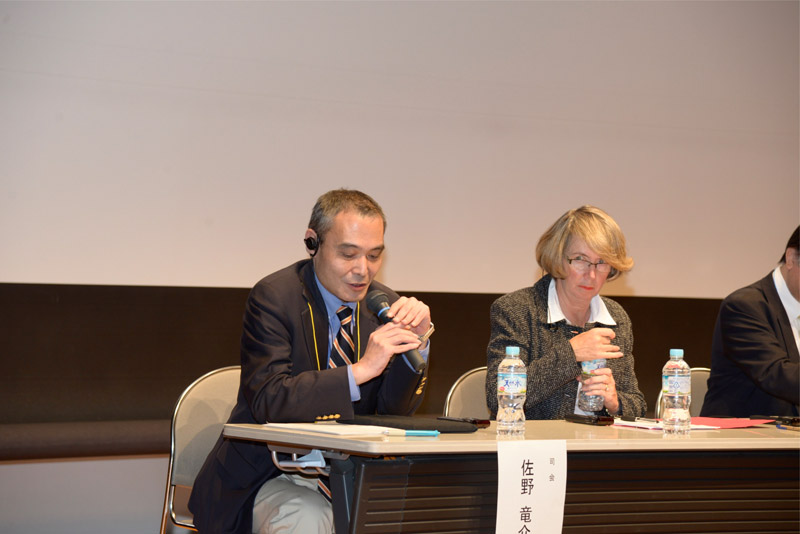 This forum started with Ms. Alison Street's keynote lecture, “Treatment for All” in the afternoon of April 13. She is World Federation of Hemophilia (WFH) Vice President Medical, Hemophilia, Hemostasis and Thrombosis Units. Ms. Street talked about the facts that 70% of persons with hemophilia in the world has not been able to see a doctor, 75% of them has not taken satisfactory medical care, and also about WFH policies.

Then the panel discussion, “The Role of Japan in the World: Is Japanese Medical Care against Hemophilia Advanced?” was held. Japan has conducted both safety assurance and stable supplies of products for hemophilia. However, Japan has not been actively involved in WFH recently although it is one of its members. Therefore, the National Hemophilia Network of Japan requested the Japanese Red Cross Society to donate domestic blood coagulation factor products to WFH. On the previous day of the Forum, the National Hemophilia Network of Japan visited the Ministry of Health, Labor and Welfare with Ms. Alison Street and Mr. Robert Leung, who is a Regional Program Manager, Asia and Western Pacific., and explained the global situation of hemophilia, the WFH's donation policy of products, and so on. Mr. Ryusuke Sano, who is the director of the National Hemophilia Network of Japan and the host of the Forum, reported activities concerning request of donation of products. And as panelists Ms. Alison Street, and Mr. Masami Kato, who is a Blood and Blood Products Division Chief of Pharmaceutical and Food Safety Bureau, also made some comments.

In the morning of April 14 we were divided into 5 sessions and had discussions. The sessions on “women/carriers”, “long-term life design”, and “relative diseases” are worthy of special mention. Especially, the session on “long-term life design” is the session which becomes necessary for the age when many patients with hemophilia grow old as a result of appropriate medical care against hemophilia. Some of the middle-aged or aged persons with hemophilia have suffered from hemophilic arthropathy which makes the range of movement narrow as a result of repeated joint hemorrhage for a long time. For some hemophiliacs 10 to 20 years has passed people since they took the operation of total joint replacement. Since the length of life of joint replacement is about 15 years, some hemophiliacs take the operation again. Recently some hemophiliacs use power-operated vehicles to move due to their difficulties in walking. And the number of hemophiliacs who have what we call adult disease has been increasing. Then we discussed the future anxieties concerning the aging of the hemophiliacs themselves and care of the parents.

I would like to generate new development of humanities and social sciences by responding to the above issues the voluntary association for hemophilia face theoretically and practically.