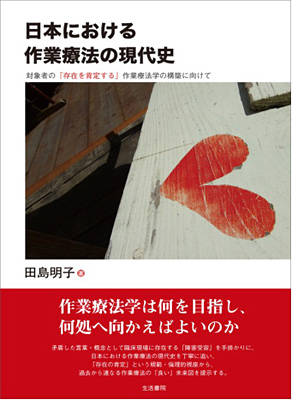 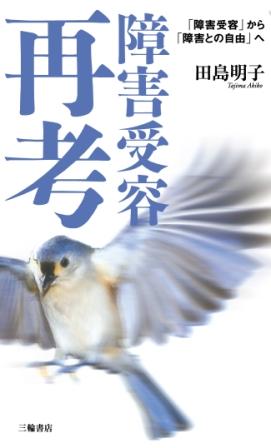 It is about 15 years ago that I entered a graduate school. While I worked for a social welfare facility as an occupational therapist during daytime, I started my research at a graduate school of Toyo University during nighttime. Since then I have had research questions, investigated and considered them but I was wondering if I had my “research field”. It does not have to be me that having research questions, investigating and considering them. Research questions are important in that they shape the originality of research. In my case, the initial research question came from uncomfortable feeling to the word of “(un)acceptance of disabilities” used in the field of rehabilitation and I wondered why the word was used as such. And I believe there were some persons who had similar awareness. Taking them into consideration, I cannot help feeling that my “research field” is connected with everyone.

However, at the same time, I think that it has to be me who wrote these two books. I think it is very hard to question the word of “(un)acceptance of disabilities”, consider and find a framework that responds to the question, and provide a different viewpoint. This is probably because the framework is very strong especially in the medical field. Also, there are such kinds of research as mine and the Graduate School of Core Ethics and Frontier Sciences at Ritsumeikan University supports such research activities, which enables us to keep conducting our research somehow by accepting criticism and the encouragement of the faculty staff. Nonetheless, its strong framework sometimes makes me think that my way of feeling is wrong in spite of my uncomfortable feeling, or such minor uncomfortable feeling is of little value. Therefore, I think that the essence of conducting research is to care about our sense thoroughly, express the world from our viewpoint, and keep having our will to do so.

Actually, the contents of The Modern History of Occupational Therapy takes over from the ones I wrote as my graduation thesis at Toyo University before entering the graduate school at Toyo University. The title of my graduate thesis was Research on Theoretical Framework of Occupational Therapy, but now I think that it was too early for me to write it judging from research time, research ability, and the time.

There are two reasons why I felt that way. One is the feeling that I would like to overcome imperfect combustion of my graduate thesis. The other is the feeling that the whole picture of rehabilitation and occupational therapy is different from what I dealt with in Reconsideration of Acceptance of Disabilities.

In this way, The Modern History of Occupational Therapy was published as a result of my facing imperfectness and shortage on one hand, but on the other its work was also a process in which I did not throw away my uncomfortable feeling. I would like to thank myself on that regard (since it was 10 years since I wrote my graduate thesis).

In my second book, I described the developmental history of the study of occupational therapy and rehabilitation which is difficult to criticize simply but is a good material to be critically examined. Therefore, I would like readers to be interested in reading it.