Home» Research Highlights » Toward a Society where Everyone Can Live without Hesitation: Participating in Korea Japan Disability Studies Forum 2012

Toward a Society where Everyone Can Live without Hesitation: Participating in Korea Japan Disability Studies Forum 2012 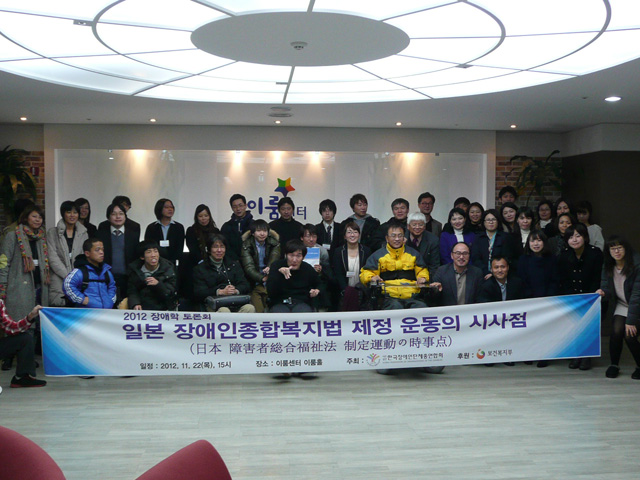 Korea Japan Disability Studies Forum 2012 was held at Yeouido Center in Seoul on November 23, 2012. In the morning session, we discussed “research on the domestic law for implementing the Convention on the Rights of Persons with Disabilities”. In the afternoon session, young researchers in Korea and Japan presented the current situation and challenges concerning disabilities, which led to active discussions.

The differences of these two countries can be said to be the ones of problems each country has. Movements by disabled people in Japan have often been conducted through political approaches. Consequently, the power of involving the public has been getting weaker and weaker. On the contrary, in Korea movements have been formed by people with mild disabilities, such as people with polio. Therefore, the future challenge is how they should establish both relationship with people with severe disabilities and solidarity with people with mental disabilities, women and children that go across disability, age, and sex.

With such differences, we discussed how we should change the society where we have difficulties living and how a desirable society should be between people with disabilities and researchers who try to aim at pursuing “what disability is”. This forum was an important opportunity where the reality people with disabilities felt intermingled with the way researchers think the society should be while swinging. At the same time, it provided an opportunity for us to think about our attitude toward disabilities.

A participant of the Forum managed himself by sometimes lying down because he had difficulty sitting for a long time due to attribution of disability he had. However, some researchers encouraged him to go to the lobby to rest mainly because it was not the place to rest lying down.

The participant responded to the encouragement by insisting that he would be lost the opportunity to participate in the Forum if he spent some time going to the lobby to rest and missed presentations. What he pointed out was that the Forum did not arrange it so that participants could participate in it from a distance—such as placing a monitor.

For us lying down at the place of forum (i.e, in public) is not natural. Lying down during break itself is beyond expectation. From this viewpoint, it seems usual to secure a place to rest for persons who need it. However, for the participant, it could make him/her lose the opportunity to learn. Our “natural” way of thinking led to this arrangement. There existed a limitation of our understanding disabilities/disabled people that were invisible on the surface. 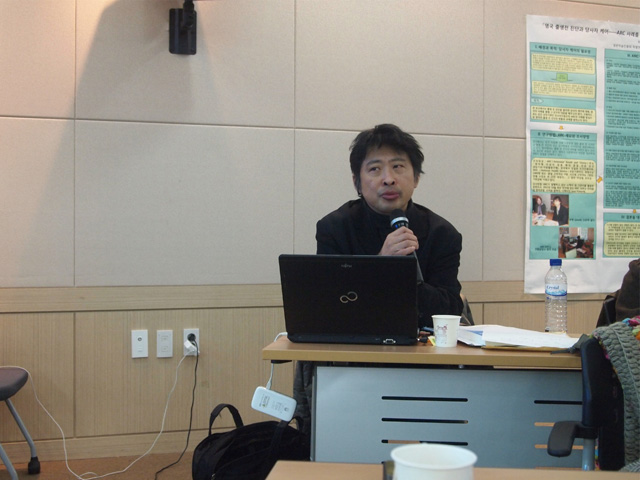 Concerning people with Amyotrophic Lateral Sclerosis I have been conducting research on, many people give up wearing a ventilator in the end due to their family member's severe assistance situation in spite of the fact that the ventilator enables them to live for a long time. There exist difficulties of self-determination asked for in various scenes of life. Although there should be various ways of living, our way of thinking about self-determination makes them formulated, which forces them to have difficulties living.

I think that it is our norm that forces them to have difficulties living. At the same time, the norm makes our lives difficult, too.

Disabled people have acquired necessary things for pursuing a society where they can live comfortably through movements little by little. Their attitudes have inner strength and are powerful and exciting. At the same time, the movements are also what question me as “normal”, our norm and the way the society should be.

I strongly believe that pursuing the society where everyone can live comfortably with/without disabilities is common goal of ars vivendi and disability studies and it also leads to all research activities. Even if a person has a ventilator, or sleeps in public during break, he/she should be respected as a human being. In my research I would like to face disabilities people have sincerely and pursue the society where I as well as they can live comfortably. I will keep questioning the way the society should be through disability studies and ars vivendi.