"Sites of Care Provision in Japan and South Korea"

In both Japan and South Korea the nursing care labor market has been formed/expanded by the creation/operation of long-term care insurance systems against a backdrop of a rapidly aging population. How have these changes in the nursing care labor market changed the way care is actually provided? How has the way that care workers, those ultimately responsible for providing this care, do this work changed? My research involves the consideration of differences in the impact of long term care insurance on care provision/care-related labor through comparisons between Japan and South Korea.

I was a social worker in South Korea. Since coming to Japan I have worked at a special nursing home in Kyoto where first generation immigrants from South Korea/the Korean peninsula live. Drawing on my experiences at this facility, I am currently engaged in obtaining knowledge and conducting research in a wide range of fields including social welfare studies.

The quality of the care workers who provide nursing care services is a very important element affecting the results of care provision welfare initiatives. Unlike in other industries, the interpersonal interactions between care workers and care recipients and their families are crucial to the provision of these services. It is no exaggeration to say that the success or failure of these initiatives depends on whether it is possible to secure a capable workforce and effectively employ these human resources on an ongoing basis.

However, problems such as shortages of care worker human resources in places where care services are provided and the high turnover rate of workers in this field have been cited in both countries' long term care insurance systems, and these problems surrounding care workers have become manifest in various forms. It is difficult to attract human resources to the field of care work because it is not only physically demanding, as is indicated by the use of the phrase “3D” (“difficult”, “dirty”, “dangerous”) in South Korea and its equivalent “3K” (“kitsui”, “kitanai”,”kiken”) in Japan, but also poorly remunerated.

In Japan and South Korea long term care insurance systems have been created alongside “an aging population” and “the socialization of care”. While an aging population is not a problem if there is an increase in human resources engaged in providing care to the elderly, at present in both countries supply is less than demand in the care worker labor market. In the case of South Korea low pay and high turnover are not the only problems; excessive training of care workers has been connected to a decline in services. The number of trained care workers exceeds the demand, but it is difficult to secure adequate human resources in places where care is provided. Securing care worker human resources to provide services to elderly people is a very important task.

In Japan the “dankai” generation (baby-boomers) who experienced rapid economic growth are now entering their seventies, and Korea's baby boom generation who guided their country's industrialization and democratization are entering their sixties. As a result of this it can be assumed that the need for care/nursing services will increase. By continuing to analyze/research the situation in Japan, where April, 2012 marked twelve years since the introduction of long-term care insurance, and South Korea, where four years have now passed since a long-term care insurance system was introduced, I hope to clarify the path that must be taken in both countries going forward.

Lastly, since 2010 I have been engaged in presenting information to Koreans by translating materials such as the results of research conducted at the Research Center for Ars Vivendi into Korean and creating a Korean language website. I have also served as an interpreter at international seminars such as the Korean Disability Studies Seminar. In this role as a bridge between South Korea and Japan I hope to continue to contribute to the Research Center for Ars Vivendi's international activities going forward. 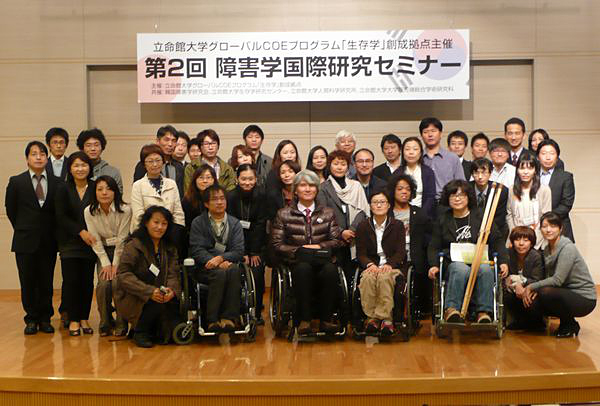 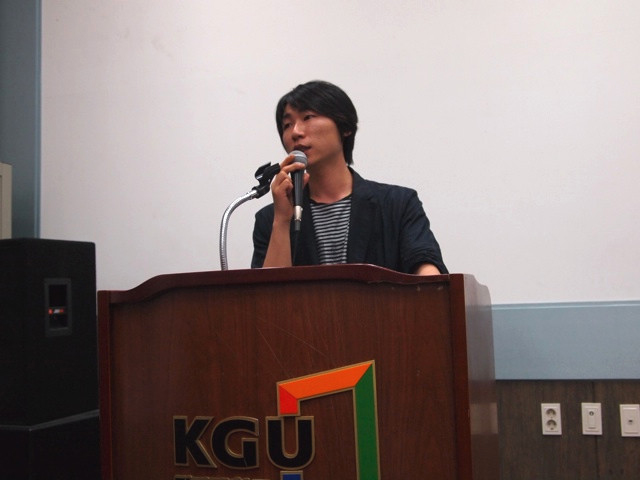