It is often said that Japanese people like to take a bath and are therefore clean. When and how did this idea come from?

In the Edo period people often read health books teaching to manage body and human body's energy flow. In those books what was emphasized was the energy flow within their bodies, and taking a bath often and bathing in hot water was regarded to make their energy exhausted. In the early Meiji period the flow of energy was regarded as important until 1897 according to statements of doctors and bureaucrats in charge of hygiene administration.

In 1897 Dainihon Shiritsu Eiseikai Zasshi, a journal of private hygienic society of great Japan, was published by doctors and health professionals. In the journal it was introduced that taking a bath was a good habit and Japanese people had a long habit of taking a bath. But European people rarely took baths. Moreover, it was also introduced that baths were built together with the development of public health in Europe. These kinds of articles were introduced in this journal from then on, too. These articles brought the recognition from Europe that taking a bath was sanitarily necessary. They also brought the statement that Japanese people were clean since they had a long habit of taking a bath.

Around the same time bathes came to be viewed with suspicion. To be more concrete, it was announced with notice that equipments at baths and bathwater could lead to disease transmission since disease should not be transmitted at baths. Then from the late Meiji period to the early Taisho period many bacterial surveys concerning hot water were conducted and hygiene professionals and others discussed how baths should be improved.

This way, the popular meaning of taking a bath and the image that Japanese people like to take a bath are based on the recognition people in those days had acquired comparing with foreign countries since 1897.

Around the same time social welfare professionals as well as hygiene professionals went to see public baths in foreign countries and introduced foreign public baths. In Europe and the U.S.A., Public Bath Movement had been developed since around 1840. This movement was the movement in which public baths were built in order for immigrants / labors / the poor to take a bath. There were two purposes for this Movement. One was to prevent disease transmission by supporting the poor clean. The other was to improve the bad habit by cleaning since dirtiness was regarded as bad habit / bad virtue. In Japan Takayuki Namae, who was a scholar on social business, introduced this Public Bath Movement. Namae introduced baths in Europe and the U.S.A., and discussed Japanese bath issue. What Namae made the issue was charge for taking a bath and families of laborers and the poor. Namae pointed out that although charge for taking a bath was cheap compared with the one in foreign countries, it was difficult for the families of laborers and the poor to take a bath and suggested baths be built in the areas where they lived. And in the Taisho period, the government built public baths mainly in cities. What the government regarded issue was also laborers and the poor, and the purpose of building public baths was to improve their health condition and dirty habit. It is possible to say that building baths was influenced by foreign countries. Some of the baths were built using the used public baths and consigned its operation to the private sector. That is, the Japanese public baths were built using the used ones while being partly influenced by foreign countries.

Even now we can see the trace of Public Bath Movement in Europe. I have used the system of Fund for Assisting Young Researchers' Global Research Activities twice and conducted foreign public baths by participating in international academic societies. One of my research challenges at this point is to conduct a survey concerning foreign bath habit and baths people since 1897 had seen and introduced.

This place is supposed to be a trace of the Public saltwater bath in Australian Peninsula 1879. (Sydney, Australia) 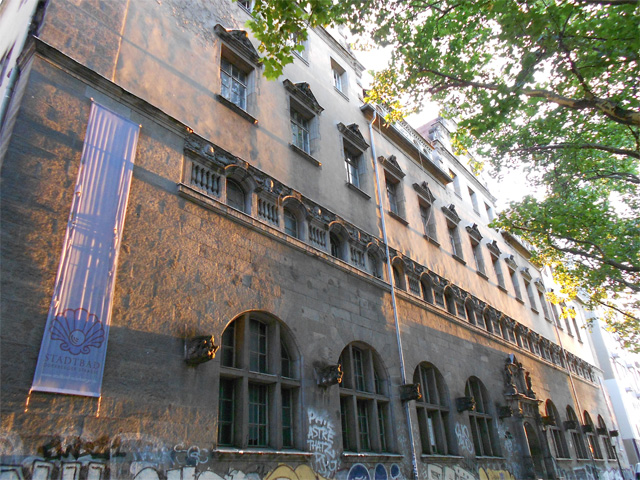 This Renaissance bath was built in Germany in 1901. (Berlin, Germany)