Why do foreign people asking for asylum or foreign people living for a long time have to be shut off? And how can we live together with these foreign people? With these two perspectives I have been conducting my research. I believe the circumstance of these irregular migrants[1] is also an important theme for the Ars Vivendi Program, whose research focus is disability, aging, illness, or differences.

I have been involved in foreign people who are detained in the Nishi Nihon Immigration Center (located at Ibaragi City in Osaka Prefecture) and their supporters for the past few years. This center detains people who receive a written deportation order until they are extradited. Most of these people leave Japan at their own expenses, but some of them would like to keep staying in Japan. Its representative examples are foreign people who escape from their countries for asylum and foreign people who have stayed at Japan for a long time and already made their livelihood in Japan. Until about two years ago, they were forced to detain at the center for a long time—some were for more than two years. There have been reports concerning abominable conditions due to its closed nature and human rights violation towards them at the center. Also, some of them were even forced to commit suicide in some cases.

The issue of detention against irregular migrants catches people's attention not only in Japan but in the world. According to the guideline of the United Nations High Commissioner for Refugee (hereafter UNHCR) in 1999, the detention of people asking for asylum and stateless people should be conducted only as exceptional measures. The international NGO, Immigration Detention Coalition (IDC), consists of more than two hundred groups from fifteen countries, which are against the detention of irregular migrants. The representative of the NGO was invited to a symposium, “Expanding alternatives to immigration detention in Japan” (held in Tokyo on October 15, 2011), which was hosted by the UNHCR and the Japan Federation of Bar Associations. In this symposium an alternative way of detention was introduced which is used in Australia, Hong Kong etc. There irregular migrants live in communities and the government and NGOs conduct a comprehensive support collaboratively. It has been reported that the alternative way made it possible to cut costs dramatically compared with the detention policy, and that establishing trust with irregular migrants lessened the possibility of their escape. Moreover, it is significant that a staff of the Immigration Center participated in this workshop. 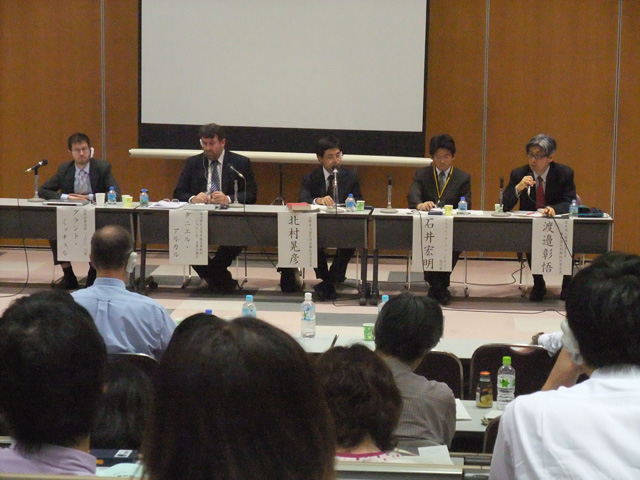 Although there are systems which allow provisional release of detainees (irregular migrants) or permission for provisional stay toward people applying for asylum in Japan, the use of these systems has been limited. However, the Japanese detention policy against irregular migrants has been changing little by little since the latter half 2010. In July 2010 the Ministry of Justice set up the Immigration Detention Facilities Visiting Committee in order to improve the management of detention centers etc. Moreover, in the press release made in the same month the Ministry of Justice would apply provisional release flexibly from then on. According to their supporters, the number of cases in which irregular migrants are allowed to have provisional release within six months after being detained into the center has been increasing. In September 2010 the agreement concerning regular consultation of detained foreigners and implementation of law consultation toward irregular migrants was made between the Ministry of Justice and the Japan Federation of Bar Associations. Furthermore, a memorandum concerning implementation of talks toward improvement of the procedure of refugee status, including detention of people applying for asylum, was exchanged between “Forum for Refugees Japan,” a network organization for supporting refugees, the Ministry of Justice and the Japan Federation of Bar Associations on February 12, 2012.

As a member of the Research Center for Ars Vivendi whose ideal is to sit in the involved person's chair, I have been conducting research, observing activities of irregular migrants and their supporters, in order to make contribution in this research area.

[1]Irregular migrants are often said to be illegal residents or illegal immigrants as if they were the cause of worsening security. However, this is not necessarily true. For example, see SUZUKI Eriko 2009 Visa Overstayers who Work in Japan: Are They “Unfavorable Foreign Workers”? (Nihon de Hataraku Hiseiki Taizaisha一Karera wa K「Konomashikunai Gaikokujin Rodosha」nanoka?) (Akashi Shoten).