Home» Research Highlights » The Connections across History and Politics Boundary through Disability Studies: Participating in the Conference on Multi-Disciplinary Research of Disability Policy in China

The Connections across History and Politics Boundary through Disability Studies: Participating in the Conference on Multi-Disciplinary Research of Disability Policy in China 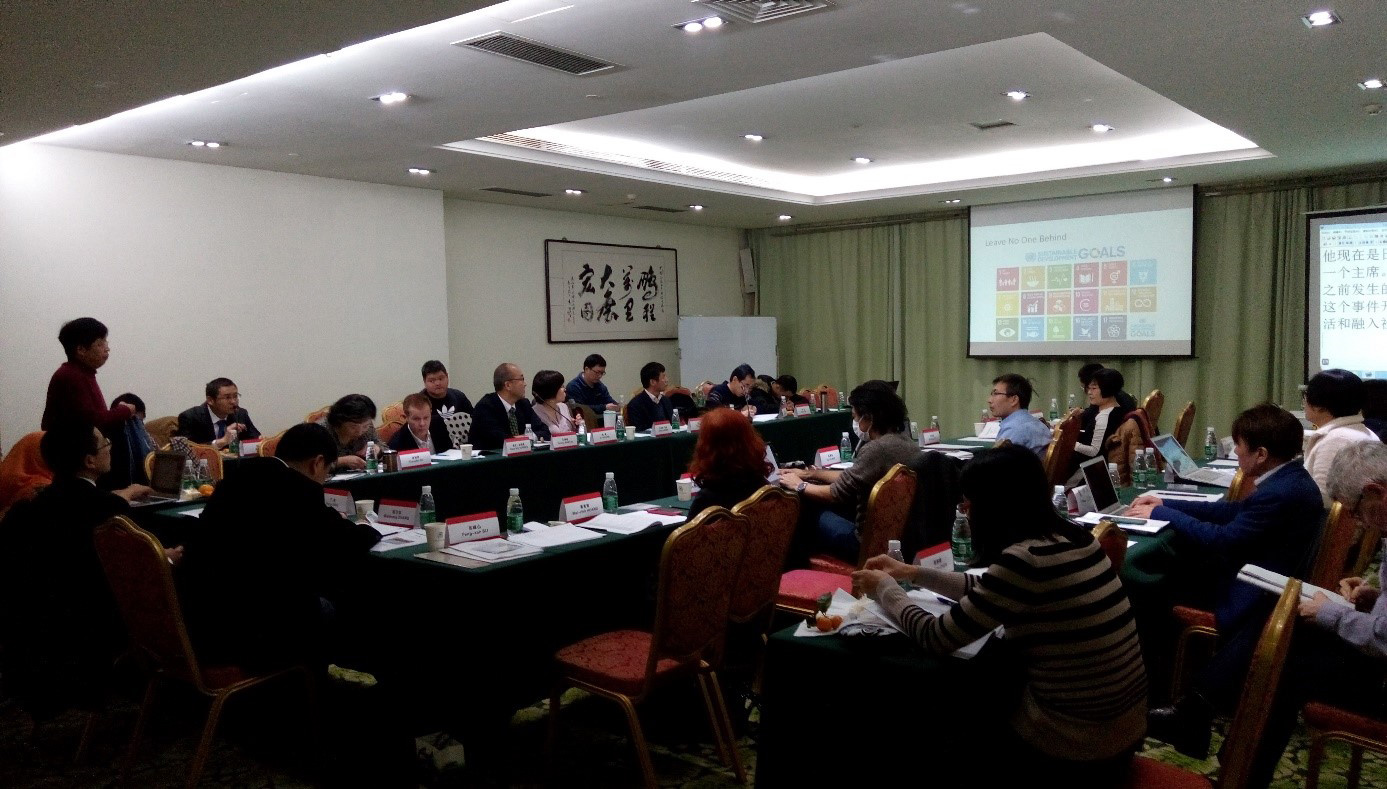 ‘Wuhan’ is one of the geographical names indicated to my ‘homeland’ I have often seen in textbooks during my student life. Before participating in this conference, I had never thought of visiting there. When arriving at the airport at midnight on December 15, 2017, the moment I saw the signboard with 2 big red Chinese characters of ‘Wuhan(武漢)’ through the window of the plane, I had an indescribable nostalgia that I became connected to the history of 1911 when the Republic of China started. China was divided into the Republic of China (Taiwan) and People’s Republic of China through the Chinese Civil War in 1949. Then the policies of the both governments prevented people in both areas from interacting with each other. Also, the Republic of China was not recognized internationally. The policy which allowed visits between relatives in both areas in 1987 enabled people who came to Taiwan during the war to go back to their hometowns after 40 years of separation. As my ancestor immigrated to Taiwan hundreds of years ago, the image of the ‘homeland’ I had learned through textbooks was vague and far to me. However, I was scarcely conscious of it in my childhood until I grew up to notice that I felt so. 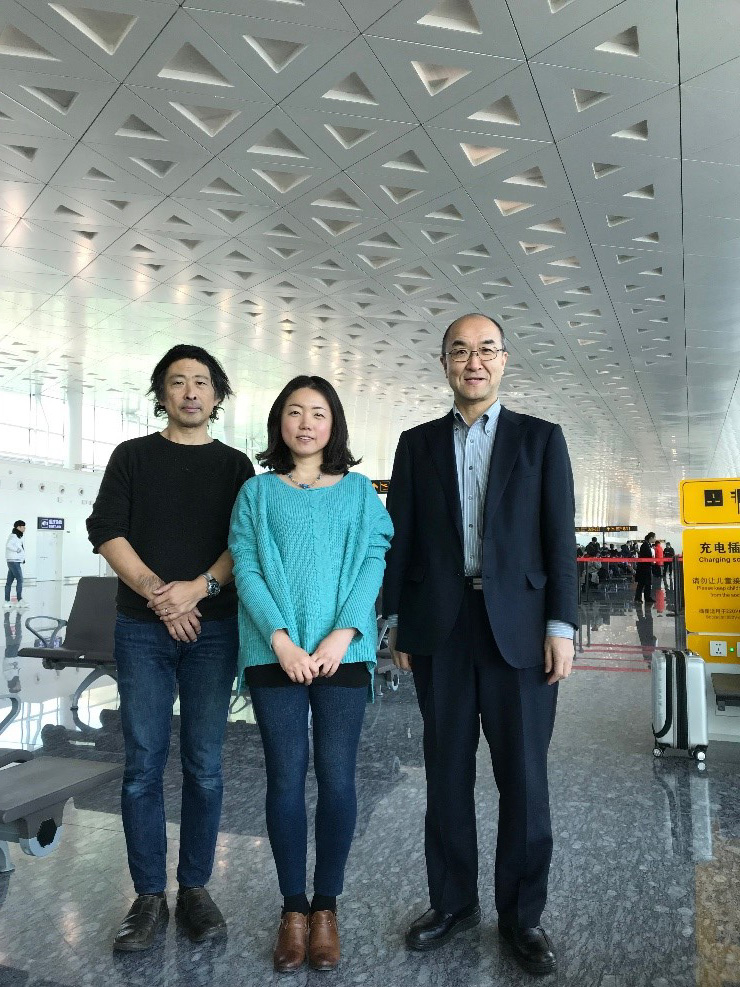 When I visited Shanghai(上海) or Guangzhou(広州) in the past, the airports I arrived at had two kinds of immigration gates—one for Chinese people and the other for international people. Airport staff who worked near the immigration instructed me to go through the gates for Chinese people. At the time of immigration clearance, I held the passport issued by the Republic of China as usual when going oversea, and this time I also held the visa only for the citizens from Taiwan to enter People’s Republic of China — also known as Taiwan Compatriot Permit. I was sometimes puzzled which gate to go through as I had both entry documents. Though, the immigration gates in Wuhan Airport had opened for all passengers without asking nationalities, which made me feel comfortable. However, the immigration officer there as well those in the other airports in this land only examined my visa without examining the passport for immigration clearance.

The purpose of this visit was to participate in the Conference on Multi-Disciplinary Research of Disability Policy in China which was held on December 16-17, 2017. I visit there together with Prof. Shinya Tateiwa and Prof. Osamu Nagase, both of whom are the faculty members of the Research Center for Ars Vivendi. The conference was co-hosted by the Wuhan East-lake Institute for Social Advancement and the Raoul Wallenberg Institute of Human Rights and Humanitarian Law in Sweden. Approximately 40 participants comprised of researchers, persons with disabilities, and policymakers etc. The participants included Prof. Gerard Quinn (who specializes in law) from the Centre for Disability Law and Policy at the School of Law of the National University of Ireland Galway, Associate Prof. Rune Halvorsen (who specializes in social welfare policy) from the Oslo and Akershus University College of Applied Sciences in Norway, Ms. Nurul S. Andriani from Sentra Advokasi Perempuan Difabel dan Anak (Centre of Advocacy for Women, Persons with Disability and Children) in Indonesia, and Associate Prof. Fong-San Su (who specializes in sociology) and Ms. Mei-Chih Huang from the Department of Sociology at Nanhua University in Taiwan. As the participants came from various countries and areas, interpretation played an important part so that all participants could have access to information. While the organizers provided interpretation service between Chinese (Mandarin) and English, I also served as an interpreter (whispering interpreting) between Chinese (Mandarin) and Japanese.

From 2012 to 2015 the Wuhan East-lake Institute for Social Advancement (whose director is Prof. Zhang Wanhong) hosted 20 researchers annually who are interested in disability studies from various places in China to have training sessions on disability studies. In order to reflect scientific evidences which have been accumulated in policymaking, researchers who participated in the training sessions, delegates from organizations for persons with disabilities, and the representative of the government had a meeting in Beijing in January 2017 to discuss this conference. 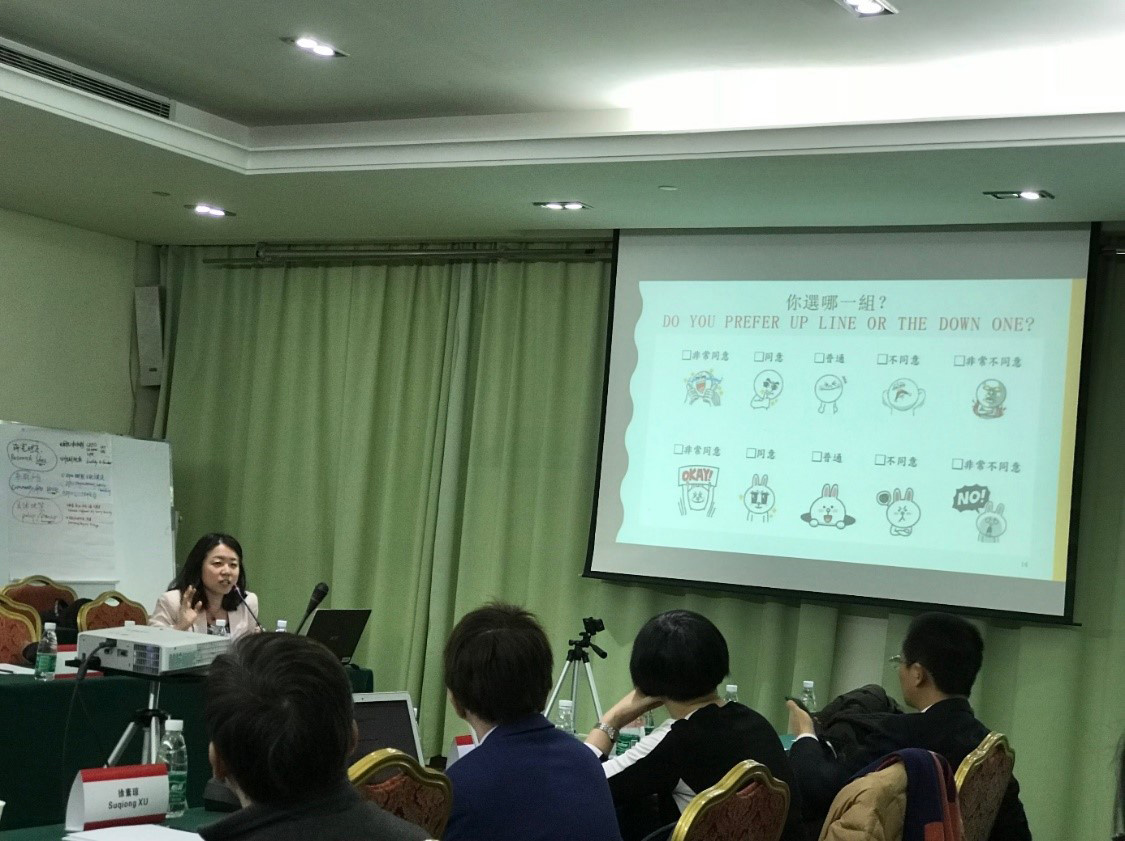 The main theme of this conference was to discuss the relationship and collaboration between researchers, civil society, and government. For example, Prof. Quinn, who once worked for a non-profit organization and a governmental organization, talked about the characteristics of the three parties and ways to improve its relationship by providing some examples in Europe. According to him, it is possible to have the following collaboration between the three parties: researchers and research institutions provide ideas or suggestions relating to policies in disability, the civil society provides points to be improved through feedbacks by persons with disabilities based on their daily life, and the government, with the supports of these two parties, executes their authority and power to improve both the social status of persons with disabilities and their current situation. Although the way of collaboration and each influence may vary depending on each political situation, the basic idea is common. Prof. Quinn said that public servants who work for governmental organizations are usually not willing to change the current public system. However, since many of them also have doubts about the system, they feel like changing the system at least once during their long public servant career. It is important for the civil society and researchers to take such opportunities to provide public servants with suggestions and/or feedbacks regarding the policies. According to Prof. Quinn, these are the common points. As I once worked for a non-profit organization which advocated the rights of persons with disabilities and currently work as a researcher, I was particularly impressed with this remark.

The other key point for guaranteeing information accessibility is that persons with disabilities who participate in the process of producing information. It includes the meaning which supports independence of persons with disabilities and regain their autonomy. Between the Republic of China and People’s Republic of China although there are many vocabularies which seem to originate from the same Chinese words, they often differ in meaning and expression. I conduct research on expression and self-determination by persons with intellectual disabilities and appropriate support for them. How do social values and the environment affect the expression and self-determination? What are the common core value which underlies various expressions, connections, and different cultures? Through examining such things, I would like to clarify the significances of those across the boundary and politics.