There are three pillars of research activities in the Global COE Program Ars Vivendi. Those pillars are, as the prospectus of the Center indicates, I: Accumulation and Thinking (Understanding the History and Current Condition of Ars Vivendi and Analyzing the Information Theoretically); II: Reorganization of Studies (Creation of Opportunities and Networks for Forming Studies by Involved Persons and their Supporters); III: Cooperation and Construction (Presentation of Ars Vivendi in the World). Among them, “Accumulation and Thinking” is the way in which we accumulate, disclose, publicize and examine the discourse of diseases, aging, disabilities, and various differences in modern and contemporary world. In fact, the Global COE Program Ars Vivendi has collected tremendous amount of data concerning these themes and has been enriching its databases.

As one of the activities of “Accumulation and Thinking,” we are critically examining psychiatry in modern and contemporary society. In 2009, our graduate students set up the Study Group on Mental Health and Society through the Program's support system. This study group aims at critically and constructively examining the various actual situations of psychiatry with respect for the people involved in psychiatry and their situations, but still without blurring the border between patients and scholars As one of our latest activities, our study group openly interviewed Ms. Mari YAMAMOTO (Eiko NAGANO), a member of Japan National Group of Mental Disabled People / member of General Welfare Committee – Reform Council of People with Disabilities -/ Director of World Network of Users and Survivors of Psychiatry, here at Ritsumeikan University. The audience, including students of Ritsumeikan University and general attendee, were very excited by this fruitful interview which took more than four hours with two intermissions. 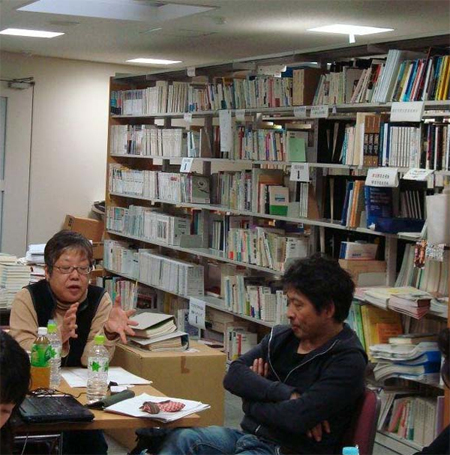 In fact, among the critical studies of modern and contemporary psychiatry, there are various actors. In the case of Ms. Mari YAMAMOTO, she is a mental disabled person. Other cases include some self critical research by professional psychiatrists themselves. For example, Ms. Akane ABE (Graduate Student of Core Ethics and Frontier Sciences, Ritsumeikan University, specializing in nursing of psychiatry) is the leader of Study Group on Mental Health and Society this academic year. She examines the history of reformation of academic society and illuminates the special process of Japanese medical reformation movements along with anti-psychiatry in her article “The Japanese Reform Movement of Psychiatric Medicine and Anti-psychiatry Thought in the 1970s” ( Abstract in English). Moreover, besides paper-based articles, she has been enriching such web contents as “chronology of mental disability / psychiatry” (in Japanese), “antipsychiatry” (in Japanese), and “rehabilitation into society” (in Japanese). These web contents are very helpful to scholars who specialize in psychiatry.

I myself have been studying reform movements of the Japanese Association of Clinical Psychology from 1970s onward, which was also related to the academic reform movements of the Japanese Society of Psychiatry and Neurology mentioned above. The Japanese Association of Clinical Psychology allows a number of clinical psychologists who conduct psychological test and psychotherapy (counseling) to participate. Since 1970s, these clinical psychologists have interrogated violent nature of psychological tests and counseling, and have started to thoroughly reexamine the technique of clinical psychology. They have criticized not only the fact that psychological tests have been utilized to exclude disabled children but the one that psychotherapy has neglected the holistic nature of patients' life.

Those who have involved in the reform movements of academic societies since the 1970s, in a sense, have seriously concerned about the mentally disabled people. Professor Minoru MIYAWAKI, who I interviewed recently, is one of such people. In 1976, he started his work at Asakayama Hospital. He worked for the clinical psychology room for 25 years, and for the residential care facilities for rehabilitation of mental disabled people for 8 years there. Now, he is professor at Osaka University of Human Sciences, and president of National Clinical Psychologists' Association in Health and Welfare. One of his major works is to contribute to the establishment of national qualification of medical clinical psychologists. Professor MIYAWAKI is very courteous to answer my questions. 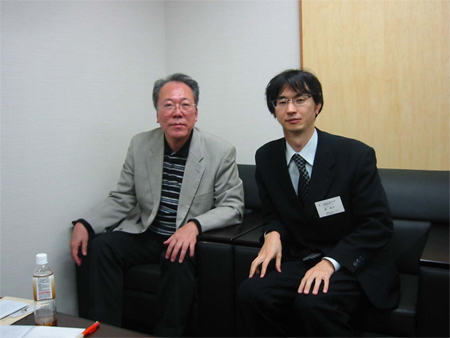 Agreeing with the policy of Japanese Association of Clinical Psychology in the 1970s, Professor MIYAWAKI thinks that we do not need qualifications of clinical psychologists, which is the qualification for counseling. Because anybody can consult anybody if they are close enough.

At the beginning of this article, I introduced the activity of the Study Group on Mental Health and Society. In fact, the Global COE Program Ars Vivendi has a lot of researchers who specialize in psychiatry including those who actually work at such hospitals and care centers.

In March 2011, our journal Ars Vivendi Vol. 3 was published. The members of the Study Group on Mental Health and Society were involved in the special feature, “Psyche,” in this journal.